In case you haven’t seen it, Silicon Valley is in it’s third week over on HBO and is definitely worth a watch…if only because Office Space is on at least one of your top ten movie lists. If HBO isn’t your thing however (note the first episode is free on YouTube)–and you still want to have some laughs at the expense of start up culture–the collection of shorts over at Vooza intelligently pokes fun at everything from crowdfunding concepts to product pitches and business card exchanges to product launch videos. 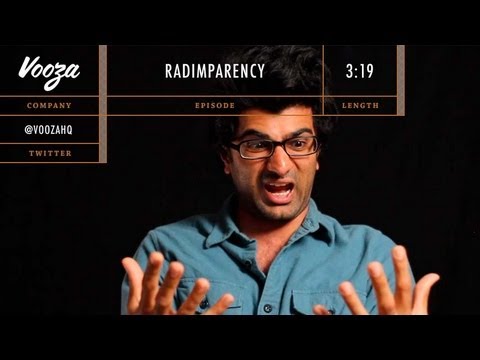 Having launched in the summer of 2012 with the video above, the Vooza empire soon expanded to take on other subjects in startup culture on both software and hardware fronts. Since the summer of 2012 the Vooza team has tackled subjects including founder philosophy, crowdfunding, minimalist design, Apple fanboys, coding, and other topics commonly seen in the world of product development:

The creators of Vooza are actually comedians from New York City led by Matt Ruby (who plays Vooza’s CEO in the series). Prior to Vooza Matt was employee number one over at 37signals and helped author the books REWORK and Getting Real.

To get full-access to their 60+ library of free videos, head over to Vooza.

Piamo: A Portable Espresso 'Portafilter All-In-One' For Pulling 30-Second Shots In Your Microwave

SolidSmack Radio | Ode to the Trumpet