The massively popular first-person shooter Overwatch is two-years-old! To show their appreciation to fans who have played the game over the past 730 days, Blizzard Entertainment has cooked up a little stop-motion video featuring three main characters – Tracer, Reaper, and a massive Overwatch cake. 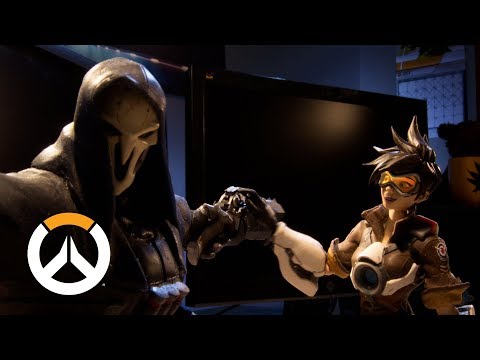 But making this two-minute stop-motion celebration took a lot more than realigning a couple of toys and adding some frosting, so the team decided to show the world how they put it together: 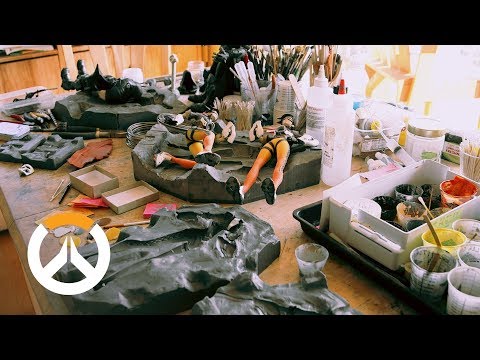 After brainstorming the initial story and video flow, the team researched the fabrics and materials they need to bring the puppets to life. Using Tracer and Reaper figures as inspiration for their molds, they created many bendable puppets which can be posed in different ways.

Similar to how many great projects come to fruition, this video took place in a typical house garage. The kitchen and gaming areas you see in the finished product are fake and feature hollow cabinets which allow the filmmakers to drill holes so the puppets can remain stationary during filming.

Another stroke of genius was the use of medical tubing to mimic Tracer’s Blink ability, which is a light blue streak following her around. Since the blue glow is just right, they cut off parts and turn on the lights whenever she zips from place to place.

The cake is fake as well! Since no frosted delight could be stop-motion animated without crumbs getting everywhere, the team made a phony cake loaded with adjustable dimmed lights. The brightness can be adjusted depending on the scene shot so that they can give an illusion of flickering flames.

As for the scenes where Tracer is suspended in mid-air, these are done by connecting her to a piece of wire which is removed later in post-production.

Reaper’s scenes where he seems to vanish in smoke are just the team covering him with a dark mesh. The figure is eventually removed, leaving nothing but a pile of curly black fuzz floating off-screen.

A lot of work went into making this well-animated video, so it’s an excellent way to celebrate one of the best video games of our time!