It’s easy to overlook the cultural significance of the original 2001 Apple iPod these days due to a smorgasbord of mobile devices and streaming music services. Apart from being a design marvel, it allowed millions of music lovers to lug their favorite tunes around without having to carry a clunky Sony Walkman or bulky boombox—not to mention, hard copies of all their favorite tunes.

These days, they’ve found a new purpose: aiding those with Alzheimer’s, dementia, and other cognitive and physical ailments to bring back the memories that help make them who they are thanks to support from the non-profit organization, Music and Memory. 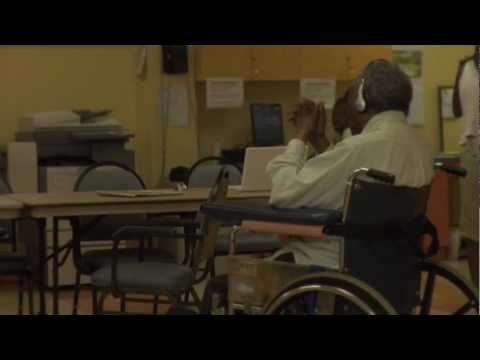 The aim of Music and Memory is to create a network of certified organizations that use this playlist method to help memory-impaired patients reconnect with the world and the people they love.

In most cases, an Alzheimer’s-inflicted individual like Henry here won’t respond to anything, nor remember anyone. But after creating a playlist tuned specifically to him (composed of old songs from his youth), Henry’s face immediately begins to show emotion. As a result of this flashback, he is also capable of answering questions.

Compared to paying for years of medication, shelling out $80 for a used iPad and uploading a Metallica playlist when I get older seems like a better deal. As of last 2013, the organization has already spread its influence to over one-hundred nursing homes in the United States, with Canada, Europe, and other countries following suit.

In the spirit of giving this holiday season, helpful souls can even donate their own old iPods or volunteer to be trained in this new age treatment. Find out more about this brilliant use of repurposing technology over at Music and Memory.