We all know how magnets work – two metals with different poles attracting each other – but they still give an aura of wonder whenever they magically stick to one another, as if driven by something more than science.

To that end, YouTube creator Magnetic Games made it his mission to deliver some of the most awesome-looking magnet builds and experiments this side of the Internet. 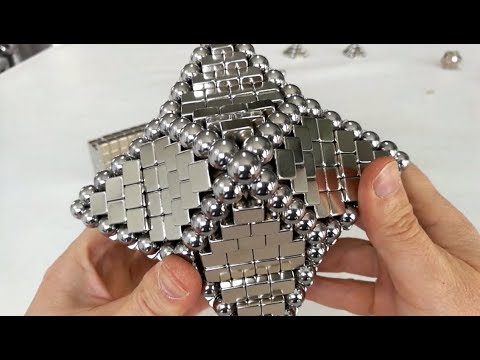 By alternating between cubes and balls, he creates a single “point” of the star.

He does this six more times since a one-pointed star is a sad excuse for a celebration. Seeing as they’re all magnetic, he doesn’t need any adhesive when sticking these bits of metal together. He attaches five of the star points while leaving a gap so he can add the LED lights.

Fashioning the LED lights requires little more than an empty tube of toilet paper. Wrapping the lights around the roll, he then places it in the middle of the star.

It sounds simple, but he has to make sure the magnets don’t rotate in place. Given that this particular lantern weighs 4.6kg, it seems nigh impossible to hang it without looking like a dangling death trap.

You can find more magnetic madness over on Magnetic Games’ YouTube channel.