Despite having some of the more interesting onscreen visuals we’ve seen in years, it’s likely that the 2010 film TRON: Legacy might not be in your Top Ten Films of All Time list. However, it’s hard to deny that – in addition to the unique visual effects – one of the most memorable aspects of the film came down to the vehicle designs, which were led by celebrated concept vehicle designer Daniel Simon.

Simon, whose unique formula for developing fantasy vehicle concepts includes pulling inspiration from vintage aviation and automotive styling, motorsports, engineering, industrial design, graphic design and a heavy dose of storytelling, has previously worked as a concept designer for automotive brands including Lamborghini, Volkswagen, Bentley and Audi before striking it off on his own.

The work Simon did for the 2010 TRON: Legacy film however, is among his most widely-known. 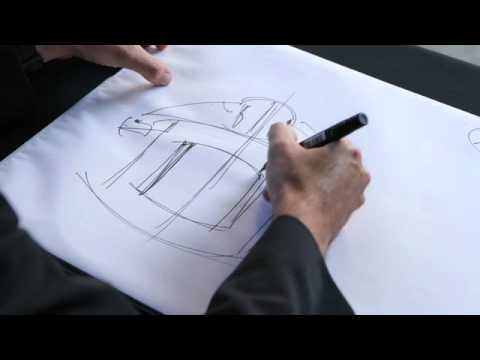 “Disney’s Tron Legacy was a fantastic project to be involved with,” said Simon.

Although Simon contributed to the final look of multiple vehicles, it is the design of the Lightcycle that has gained the most attention, which was based loosely on the original Lightcycle designed by Syd Mead for the original 1982 TRON film.

The popularity of the Lightcycle unsurprisingly inspired some custom vehicle fabricators to create their own functional versions. Among others was a replica built for the Andrews Collection – one of America’s largest and most well-regarded car collections that just hit the auction block. Through a recent collaboration with Sotheby’s, the Andrews Collection recently sold the Light Cycle for $77,000.

“The bike was partially built by an outside firm and then sent to the Andrews’s own shop for completion,” says the Sotheby’s auction page.

“After its completion by the Andrews’ in 2012, the bike has only been ridden around their facilities to ensure that it remains in functioning condition. As such, it is in as-new condition and would be an ideal piece for any collection of movie memorabilia. It is unlikely that a similar motorcycle will ever be produced or made available for purchase, making this a truly unique opportunity.”

Find out more about Simon’s process behind designing the rest of the TRON collection by heading over to his site.

(Zen)gineering: The Art of Dealing with Difficult Projects, People and Situations