Like most other New York City businesses that have been handed down through generations, The Gramercy Typewriter Company has been keeping tradition alive year after year despite the continual threats of technology.

Founded in 1932 by current owner Paul Schweitzer’s father, the shop is currently being transitioned over to Paul’s own son Jason after 84 impressive years in business – nearly half of which were after the introduction of the word processor.

Even in the age of the iPhone, there are no signs of business slowing down; New York alone has a huge clientele of writers who forego the latest typewriter app in favor of the real thing. Here, Paul and his son Justin give us an inside tour of their rare shop that promises to keep New Yorker’s typewriter keys moving for years to come: 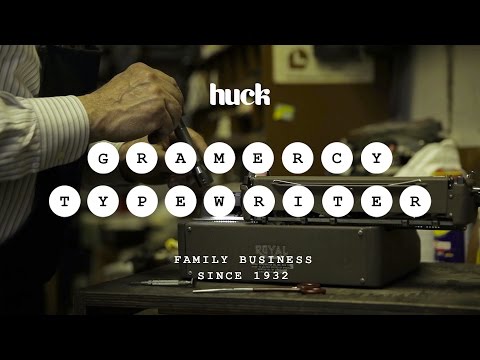 Does your typewriter need a little TLC? Head over to The Gramercy Typewriter Company website to find out more about their services.