Ever wonder why 3D modeling wasn’t more like sketching? Or sculpting? Why we’re limited to mouse clicks? I’ve had that conversation with multiple people. Some thin modeling with a stylus (a pencil) doesn’t seem intuitive. I’d say the mouse is the device that doesn’t seem intuitive — especially if you’re a left-handed person using a right-handed mouse, but I digress.


If Shapr3D has anything to do about it, they’ll upend the UI/UX aspects of 3D modeling. They’re developing a 3D CAD app for the iPad Pro, and I think it’s something we’ve all been anticipating since the first generation of iPads. It’s in the early stages and we’ll have some more details from Founder/Developer, Istvan Csanady, but right now, you all need to see this. Thoughts? 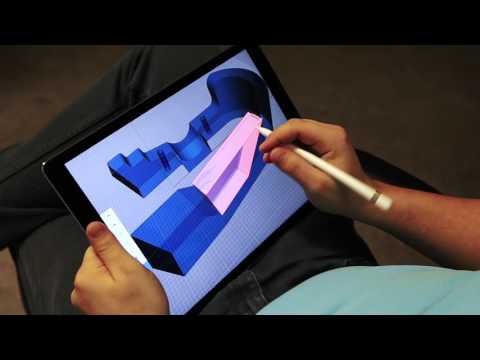