Like Creo and Inventor, SolidWorks can now add non-native CAD files to assemblies without translation.

I hopped up to Boston for D3DLive last Monday. It rocked.

I met up with our old friend Jeremy Regnerus (the man is back!), and he walked me through the new 3D Interconnect feature in SOLIDWORKS 2017. I was impressed.

Summary: You can now import CATIA, NX, PTC Creo, Solid Edge, and Inventor parts and assemblies directly into SolidWorks assemblies, complete with live-updating geometry, mates, colors, materials, and full assembly hierarchy. SolidWorks even keeps track of BREP id’s in the geometry so your mates update when changes occur in the source files just as if it were reading native SolidWorks files. The process is so seamless you could almost forget you’re working with non-native data. Have a gander: 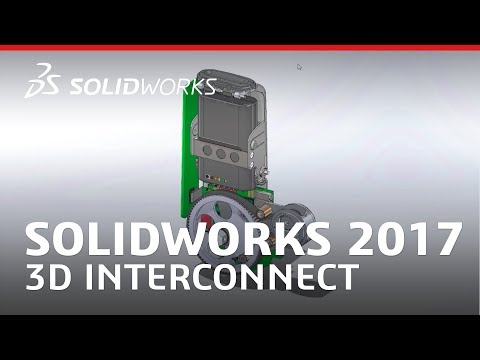 For a SolidWorks user, this is huge. When I’m working with an engineer in Creo, we don’t have to do the STEP-it-out monkey dance back and forth to share files–I can link directly to their files in Dropbox and use it as if it were native.

It gets better. If you import a non-native part using 3D Interconnect, you can edit the part in SolidWorks. No, it does not give you access to the parametric history from XYZ CAD system, but it at least creates a native SolidWorks part file and inserts the non-native file into it using the Insert Part feature, allowing you to make solid modeling edits to your heart’s content. 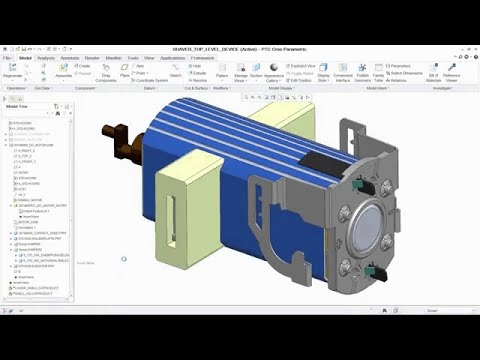 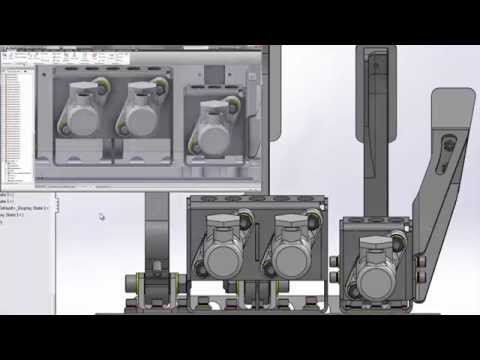 So, I spent an hour on the phone this morning with Gavin Quinlan at PTC to clear up the details on Creo Unite. Turns out it’s almost identical to the new SolidWorks offering, at least for CATIA, NX, and SolidWorks files (Inventor and Solid Edge files are only partially supported by Unite). At first, I thought that Creo Unite might lack BREP-level mating for non-native components, but it turns out that it does. I also thought that editing non-native parts would be non-associative, but that turned out to be incorrect as well. Creo Unite is ostensibly the same product as SolidWorks 3D Interconnect, but about three years earlier.

Having only just discovered the AnyCAD thingy from Autodesk, I haven’t yet spoken with them about the details. Still, by viewing the video above along with a few others, it seems the workflow is pretty much identical. (I’ll leave it to the ADSK posse to fill us in in the comments below.)

The PTC guys were kind enough to help me understand the market segmentation: these products are for anyone who needs to a) consolidate heterogeneous CAD data into a single system or, b) collaborate in real time in a multi-CAD environment.

a) You’re a manufacturing company using Creo, and you’ve just acquired a company that uses SolidWorks. Your Creo engineers now need to add those SolidWorks parts into their assemblies, but don’t want to go through the expensive, painful, and largely redundant process of translating the entire part catalog to Creo all at once. Creo Unite lets those engineers simply open the specific SolidWorks parts and assemblies needed without translating them. PTC calls this data consolidation, because the SolidWorks data is essentially static, and all future development will be one in Creo.

b) You’re a small engineering consulting firm using Creo, and you frequently work with outside designers, suppliers, and customers using different CAD systems. Everyone involved is continually refining and improving their designs, making it painful to translate and re-import updated data. With Creo Unite, you can simply insert CATIA, NX, and SolidWorks files directly into your assemblies with full associativity, so any changes that your partners do in their respective CAD tools are automatically updated in Creo.

Both use-cases are compelling, and both are possible with all three platforms: Creo Unite, Inventor AnyCAD, and now SolidWorks 3D Interconnect.

PTC says that the most common use for Unite is, in their experience, consolidation. Their customers like that they are able to assimilate data that was created in other CAD systems, but then use Creo for development moving forward. For me, however, the collaborative aspect is much more exciting.

In a growth market, it’s easier to convert fresh n00bs than it is to poach your competitor’s customers. Proprietary formats are important for platform-specific optimizations and features, but they are also a convenient way of guaranteeing that those hard-won customers don’t switch teams on you. You want to provide some interoperability, yes, but you want to do it in a way that keeps your competitors at arm’s length. If possible, you’d rather just pretend they don’t exist. (Using interchange formats like STEP allow you to market interoperability without even mentioning the names of your competitors–a very attractive feature!)

I take these new products as a sign that the MCAD industry is finally reaching a level of maturity that requires players to acknowledge and support one another’s products. It’s no longer possible to pretend that any given company will be able to function with one-CAD-fits-all thinking. Even if a given business is willing to standardize its entire workforce on a single platform, it can’t force its suppliers, consultants, and customers to do likewise. If you want to be competitive in MCAD, you’re going to have to make peace with a multi-CAD world.

Why does Adam care?

This is really exciting to me for several reasons.

First, it will make it easier for me to collaborate. I’ve done jobs with Inventor users, and it would have made life much easier if we’d been able to share data seamlessly.

Finally, it means that the industry is shifting in such a way that MCAD vendors will be forced to compete with one another more directly. I can continue to work in my MCAD tool de jour knowing that if I decide to switch tomorrow, I can pick up where I left off. That’s an empowering feeling.

Are you using any of these products? All of them? What do you think?

I’m also interested to know how a cloud service like Onshape or Fusion 360 might compete with this kind of functionality. Wouldn’t the need to update files be a significant impediment? And I doubt these interop plugins are going to work with native Onshape data anytime soon. Food for thought.

I had a conversation with Jon de Hartog from Autodesk about Inventor AnyCAD, and he confirmed my assumptions about AnyCAD. It is, I believe, effectively equivalent to Unite and 3D Interconnect.

Jon emphasized several points worth mentioning. First, where Creo Unite was motivated largely by customers wanting efficient data consolidation as described above, Inventor AnyCAD was more driven by users working in supply chains where vendors and customers may be using different CAD systems.

They also offer associative import of STEP geometry (so does Creo), a feature that they say many users find useful. They are especially proud of their associative 2D->3D workflow, allowing users to import DWG files from AutoCAD, extrude them into 3D, and have associative updates if and when changes happen in the DWG.

I asked why they think these systems are in vogue at the present moment as opposed to a decade ago, and he said that “distributed teams” are “definitely” more common today than they have ever been. This rings true for me, as most of my clients are remote, and most use different tools than I do.

The original article said “you can use 3D Interconnect on previous-version SolidWorks files. That means that if my client is working in 2015, I no longer have to convert the entire assembly to 2016 in order to use it. I can just import it as-is, and it remains compatible with the client’s SolidWorks install.” This was false. SolidWorks files are imported as normal, and 3D Interconnect has nothing to do with them.