To keep up in a modern age where everything is better when it’s the size of your thumb, The Raspberry Pi Foundation have created an updated version of their old 2014 Raspberry Pi 3B+ quad-core processor, simply called the Raspberry Pi 3 Model A+.

Loyal followers of Raspberry might recall the company releasing a miniaturized version of the Pi 3B+ processor during the latter half of 2014. This was the Raspberry Pi Model A+, which had half the RAM of the original and had no USB hub or Ethernet controller.

The new Model 3 A+ doesn’t sacrifice anything in terms of performance. Just like its big brother, it has 512 MB LPDDR2 SDRAM, a 1.4GHz 64-bit quad-core processor, single USB 2.0 mass-storage ports, a micro SD port, dual-band 802.11ac wireless LAN and Bluetooth 4.2/BLE. In terms of Raspberry hardware connectivity, it also has a CSI camera port for a Raspberry Pi Camera Module and a DSI display port for a Raspberry Pi Touch Display.

Since the company announced back in March that the 3+ will be their final foray using the classic Raspberry Pi, it feels like a good end before they work on something new. The Raspberry Pi 3 Model A+ will cost $25 and be out this December; just in time to stuff your stockings with something better than coal.

They even made a totally informative product alert for the Raspberry Pi 3 Model A+ as well: 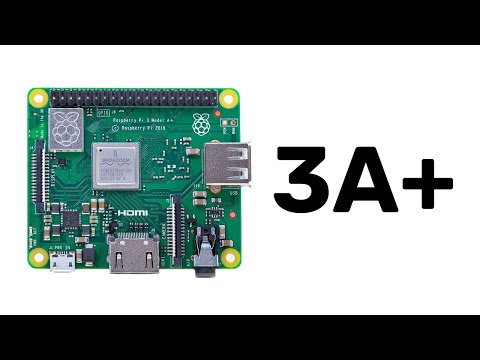 More details can be found on the Raspberry webpage.

Behind the Design: Burning Art Onto A Skateboard Is As Cool As It Sounds