Smashings SolidWorks Sumo Simulation of Your Dreams… and an Easter Egg

I am gonna Sumo Tsukiotoshi that design ALL OVER the flippin’ floor! That’s tough talk for a skinny white boy. It’s also probably not the most accurate or the safest way to test out the forces applied to a concept design.

SolidWorks was in full effect at Tuesday’s General Session showing just how product testing could be performed with SolidWorks Simulation and… a Sumo. Which is better? Here’s the 400lb details.

The Session
So yeah, we’re all sitting there thinking the session is over, when suddenly a Sumo enters stage left and Jeff ray rides in on a pink mini-scooter. I may have just describe one of your bad dreams, but as scary as Sumos could be (especially robot sumos with laser grunts and jump-jets) this was one of the most hilarious bits of a product presentation I’ve seen. Take a look at some pics. (Video coming soon!) 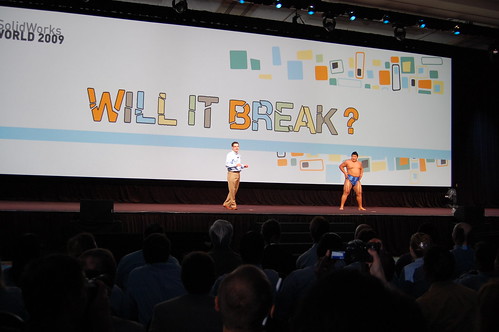 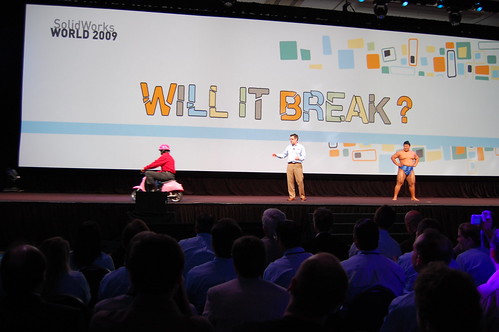 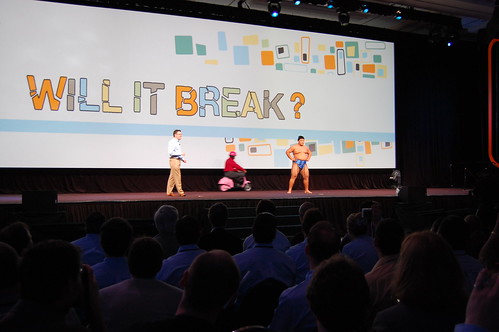 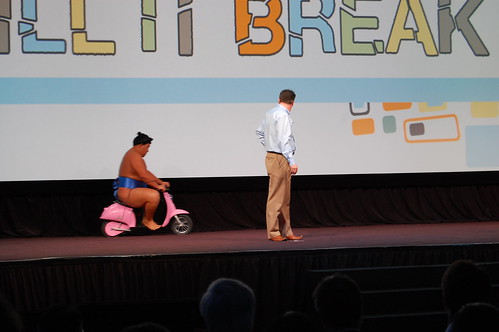 The SolidWorks vs. Sumo site
Not only do SolidWorks World attendees get to enjoy the visual impact of a sumo smashing a scooter, anyone can see and interact with Mr. Sumo guy. The website shows SolidWorks Simulation, why its no match for your host… Mr. Sumo guy.

This was put together by the team at SmallArmy. A fine marketing campaign indeed. They’ve also added something special for you to find, an ‘Easter Egg’ – a secret sumo interaction point on the site. Can you figure it out?

TOP SECRET!!
Oh, by the way, Small Army has created some incredibly cool stuff that will be coming out soon. Watch for it. Of course, SolidSmack will be sure to let ya know.