Recently, SolidSmack reported on master modder Ben Heck’s ‘hack’ of 3D System’s Cubify Sense Handheld 3D Scanner. A lot of Sense users had stated that the user experience was off the mark when considering that an accurate scan needed a real-time viewing monitor…however the supplied USB cord was either too short or created too much distance from the scanned object and the laptop to give the person scanning an accurate reading of what they were scanning. Ultimately, Heck ended up having to literally duct tape the Sense scanner onto the front of his laptop in order to properly track the object while scanning, which lead to an awkward two-person job just to make a simple scan. It appears that 3D Systems knew about this shortcoming all along and have just now announced an all-new scanner specifically for the iPad that takes Heck’s hack and puts it in a shiny little 3D Systems package.

Coming in at $499 (the original Sense is $399), the iSense definitely lives in the upper echelon of iPad accessories next to diamond-encrusted dongles and Gucci iPurses. However for those who regularly need to 3D scan, this is a freakin’ bargain considering that the scans really are quite accurate so long as the user is able to get an accurate read. In his various tests of the original Sense, Ben Heck came to the conclusion that the scan-to-print quality was impressive and the biggest problem was just getting that accurate read: 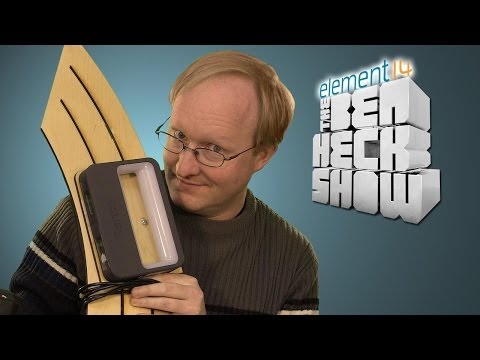 With the iSense, a user simply attaches the rig to their iPad and using the Sense app (powered by the same software as the 3DS Sense Scanner), then walks around an object or environment as if shooting a video:

The iSense—like other 3D Systems products that have been announced at CES this year—will be available later this year.

CES 2014: Intel and 3D Systems Partner Up and Announce 'RealSense' 3D Cameras for Laptops and Tablets