Since it debuted at the TED2015 conference in Vancouver back in March of this year, Redwood City, California-based Carbon3D’s Continuous Liquid Interface Production (CLIP) 3D printing technology has continued to send ripples through the additive manufacturing industry due to its promise to speed up existing 3D printing times by up to 100x faster.

The process, which was first demonstrated on stage during a TED presentation from Carbon3D co-founder and CEO Joseph DeSimone at the event, works by balancing UV light and oxygen to grow objects from a pool of resin through a photo polymerization process in just minutes.

Because objects are able to grow out of liquid so quickly, many have compared the process to that of the liquid-to-solid characteristics of the villain T-1000 in 1991’s Terminator 2: Judgement Day.

Today, the company has announced that they’ve closed on a $100 million Series C investment led by Google Ventures to further develop their CLIP technology and accomplish their mission of making additive manufacturing a more viable form of mass production. 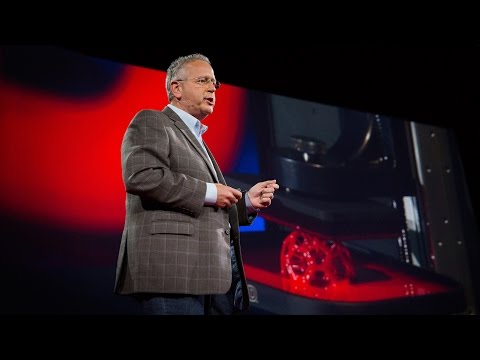 Although there have been other companies – such as industry heavyweight MakerBot – who have dabbled in realizing the full potential of 3D printing as a form of mass production, there is still a lot left to be desired when compared to more traditional manufacturing methods – such as injection molding. Because of their rapid production times, the Carbon3D team believes that their approach is different from what we’ve come to expect from existing 3D printers beyond creating prototypes and one-offs.

“Traditionally made 3D printed parts are notoriously inconsistent. The mechanical properties vary depending on the direction the parts were printed due to the layer-by-layer approach,” explains the company. “Parts printed with CLIP are much more like injection-molded parts. CLIP produces consistent and predictable mechanical properties, creating parts that are smooth on the outside and solid on the inside.”

For this funding round, Google Ventures was joined by Yuri Milner, Reinet Investments S.C.A., F.I.S., and previous investors Sequoia Capital, Silver Lake Kraftwerk, and Northgate Capital. Combined with earlier investments from Ford Motor Company and Autodesk (through the company’s Spark Investment Fund), Carbon3D has raised an impressive $140 million to bring their CLIP technology to market.

Although there’s still no sign of when we may see the company’s first product release, it’s safe to say that this latest round of funding will help them get there – and the technology into our hands – that much faster.

Find out more about CLIP Technology over at Carbon3D.