The new Haptix motion controller just one-upped the Leap Motion controller in a big way. Last week we saw Elon Musk fiddling about mid-air with a rocket engine using the Leap Motion, while weeks before the Haptix device was launched on Kickstarter. While similar to the Leap Motion, it looks down on your nubbin’s instead up capturing what happens over it. The difference? It’s able to turn just about any surface into a multitouch interface. On top of that it can pick-up the area between it and the surface for the added dimensional control. They just posted a video showing what that would be like.

With 3D multitouch, 3D design is both precise, since it’s surface-based (like tablets), and intuitive, since you can move your hands in 3D space and employ gesture shortcuts.

Them’s fightin’ words… for some. The keyboard and mouse have been so integral for so long–the single most useful device for capturing food particle and skin flakes–that even “the not-too-distant future” movie Gattaca maintained we would be beholden to their tiny clicks and crevices. Perhaps we will, but these devices are sure to influence how we interact with various software and maybe just add more intuitive methods to create and interact with geometry. I’ve personally been using the Leap Motion with some 3D software and within the Chrome browser. It’s strange at first no doubt, but without it there’s definitely a desire to use motion and gestures to interact with the software. This is a video showing how Haptix can be used for 3D modeling on a laptop. The software is 3ds Max. Note: The right hand does not press any keys down. 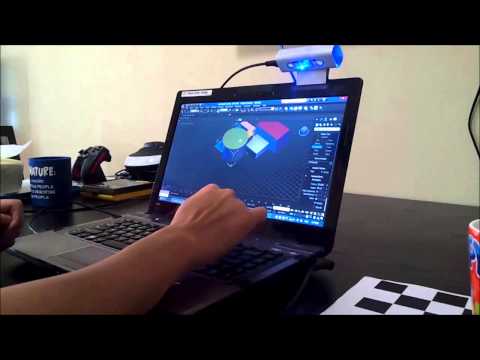