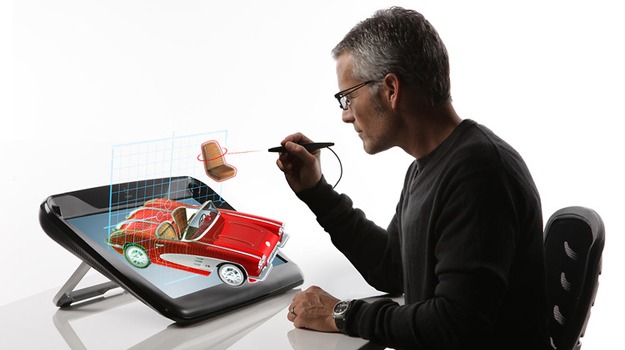 Okay, I admit. It’s more like a ‘Pen-on’ experience, but you get the idea. Why point and click on a model with a mouse on an ol’ 2D screen when you can pull them right off the screen in 3D – near holographic-like, virtual 3D. The zSpace platform by Infinite Z promises to “transform today’s computing environment” with their approach to 3D displays. Put on a pair of nifty polarized glasses, grab your clicker pen and you’re ready for an interactive, in-your-face 3D experience.

As you sit over the zSpace display, a face-tracking camera adjusts your perspective of the on-screen object object, just as your view changes as you move around objects in real-life. According to Mark Wilson at Fast Co. Design, zSpace isn’t just one of those gee-whiz electronic products that are powered by the ‘wow’ factor–the experience was beyond expectations. I posted his brief synopsis in full.

The zSpace glasses are weightless on your face. And upon putting them on, a fuzzy display transforms into a collection of 3-D models protruding from the screen in front of me. I moved my head to the left, my view shifts ever so slightly. I can see a bit more of the ogre sitting on the table. I duck my head down, trying to look under the display’s frame–to content beyond the screen–and it’s there. It’s like a whole little world lurking beneath the surface. There’s no discernible end to the content.

I pick up the stylus, which is light and comfortable, and fire it into the screen. The responsiveness is perfect. I can pinpoint exactly what I want to touch through the slightest shift of my wrist. And the laser–or I should say that illusion of a laser created by the screen and head tracking–is remarkably believable. (Truth be told, there’s the slightest break between the stylus tip and the beam itself at times, but for some reason, your brain just writes this off into the periphery.) The pointer always goes where you aim with surgical precision.

A wristwatch sits on the table. Clicking a button, just like a mouse, lets me drag and drop the items in 3-D space. Wherever I let them go, they freeze. So I highlight the watch–a slick wireframe lattice envelops its body for a moment–then I drag the watch about a foot from my nose just to get a better look. It works perfectly. I rotate the watch, just checking it out. It’s a comfortable feeling akin to wielding chopsticks, and I can even read an insignia under the face.

Now, over the years, we’ve had our hands-on the zSpace as well (and no proper review), but we concur with Mark about the responsiveness. Two things we would like to see are more software support (Currently, 3DVIA, Maya and Showcase are the major modeling programs supported) and stronger interaction/interference detection between objects on the screen. But really, if you have one of the supported applications and $6,000 sitting around gathering dust, we highly recommend you buy one (for us.)

Seriously though, the zSpace is not only a lot of fun, it’s providing a new way for designers, geologist, doctors and people in other industries to view data–in depth, in 3D. Manufacturer Infinite Z has been working on this for a while, but they have some stiff competition, without a pen. The Microsoft Kinect is pushed the envelope of hands-free/pen-free interaction. For example, you can interact directly with your CAD design with this prototype system from Microsoft that we likened to a sneeze guard at an “all-you-can-eat buffet”s. Now, that’s a bit unfair as no pen requirement makes it damn cool. With the zSpace display, the pen is the key to getting a solid grasp on your 3D models. It’s highly accurate, but precise movements and selections are crucial – and one reason why touchscreen for CAD UX hasn’t quite taken off yet.

But that’s a topic for another post – check out this rad video and the (obviously Photoshopped, but strangely accurate) images of the zSpace in action! 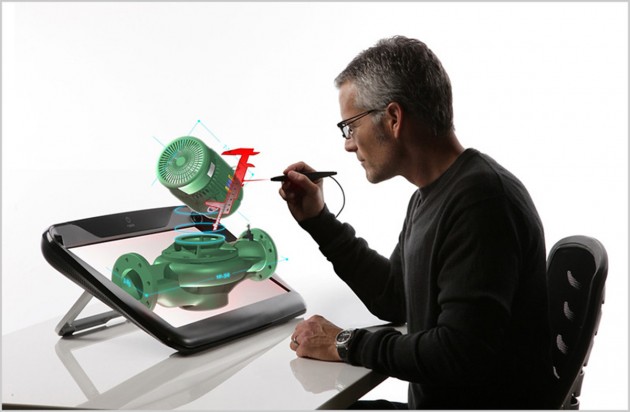 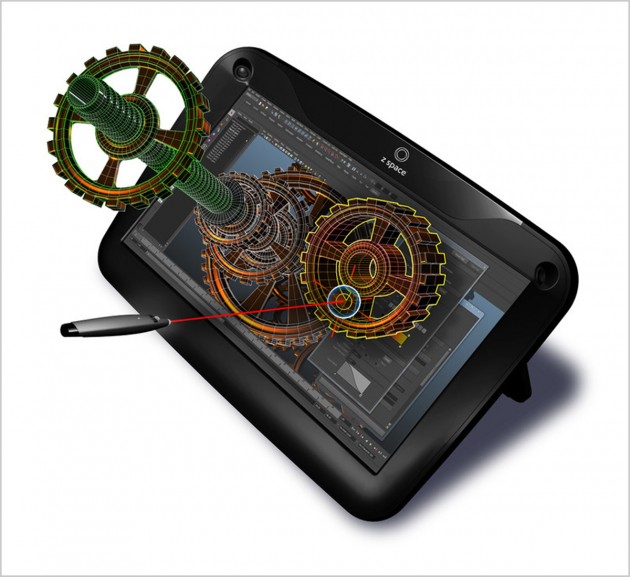 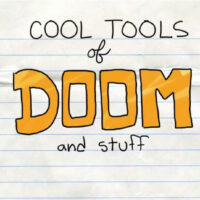 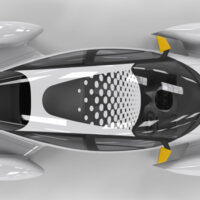 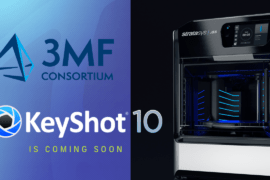 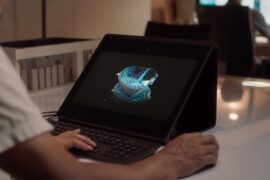