You may wake occasionally with night terrors of robots grappling your face, but that doesn’t mean there are not a few robots that can be helpful. Bruno Maisonnier of Aldebaran Robotics loves robots. For years he’s been developing technology in the area of personal robotics and since 2005, Aldebaran has been dedicated to delivering an onslaught of helpful robot companions for both entertainment and learning. The Nao is a 22 in tall bi-pedal machine with 25 degrees of motion, omni-directional walking, the ability to capture 30 image per second and respond accordingly to what it sees. We talk with Bruno about the Nao, the challenges and how it’s able to help people. 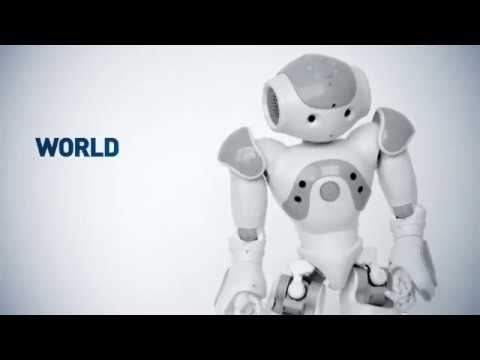 What developed your interest in robotics?
Everything started when I was a child. I have been always fond of science fiction and electronics. I have conceived my own electronic devices, a micro computer and robot prototypes.

I have been always convinced that one day robotics will follow the same development pattern as computer science back in the 80s. I graduated from Polytechnique and Telecom Paris and my career has followed two major business lines: IT and management of banks. I told myself that later, when all the conditions will be proper to develop a humanoid robotics industry, chances will be on my side.

How did the idea for the Nao come about?
NAO was the first project of Aldebaran and from the beginning the idea was to provide it to the consumers. I truly believe in the utility of developing robots to help people. Today, population is ageing and NAO will be a solution to keep elderly connected with their family, with medical staff and so on. NAO is a humanoid robot, fully interactive and programmable. We equipped it with the most innovative technologies so that it can walk, talk, dance, connect to the Internet. We chose a cute design so that people feel secure about it. In a natural way, people want to interact with it.

What software was used in the creation of the robot?
Solidworks has been the only software used.

Was there any other software, tools, processes were used in the development?
Python language, excel Matlab and Choregraphe software, which was developed by Aldebaran Robotics to program the NAO Robot.

What were the challenges in starting the first French robotics company?
Humanoid robotics involves high level software, mechatronics, design, interaction devices. France has a rich industrial experience in this areas. Later on, with the rise of mobile technologies, robotics started to develop. In 2005 I decided to launch Aldebaran Robotics, the first French company dealing with humanoid robotics.

We had to federate the key collaborators – the main research institutes and companies specializing in robotics to start a cluster of Robotics. Cap Robotique was then created to convince the public institutions to support our projects.
This cluster plays an important role in asserting service / personal robotics as a major factor to encourage the development of tomorrow’s society. Through it, we manage to communicate our messages to the general public, to deliver research results and to support our demand of subsidies from the federal government.

How is the Nao helping people?
NAO is intended to be a personal companion both entertaining and assistive. NAO can tell jokes, dance, play memory games, help kids with homework, divert the whole family. With respect to elderly, NAO could remind an old person to take her medication or help her communicate with her caregivers, by connecting to the Internet, for example. Moreover there are several other areas in which NAO can be of real help for people : Education, Autism, Surveillance, Monitoring.

NAO is an interesting platform for learning, especially used in the Science and Technology disciplines as early as in Secondary Schools. Teachers can illustrate many concepts of Mechanics, Engineering, Computer Sciences and many others using Nao. Classes are definitely more fun with Nao, but still Nao is a complete platform that can be used all along the course of study and research through Human-Robot Interaction, Psychology and Medical purposes. We deliver NAO with a fully package of programming tools and documentation, and/or education material.

With regard to Autism, our partners from different universities and institutions use NAO to work with kids diagnosed with development disorders. NAO is an as intermediary tool to improve interaction with children.

Are there any plans to develop a consumer priced model?
Of course, the aim of Aldebaran Robotics is to develop and sell robots for the consumers. A general version of NAO should be released in the near future. To reach this goal, we created the Developer Program which brings together individuals from all over the world who help us imagine the future of the personal robotics. They create applications for daily use, both simple and user friendly. The content is very important at this stage to be able to propose relevant applications to our clients.

What advice do you have for kids/students interested in robotics?
Bill Gates, the Japanese Robotics Association, and the European Commission all believe that robotics will be as important tomorrow as computers are today. This means all future engineers, scientists, and researchers in applied sciences benefit from learning about robotics. Learning with robotics is engaging, fun and motivating.

A big thanks to Bruno and Aldebaran Robotics. If you would like to find out more about the Nao and help bring the Nao to more people, the Aldebaran developer network is always looking for talent. You can see more images and video here. From March 29th to April 1st, the RoboCup German Open is taking place in Magdeburg, Germany with others in the US, China and Mediterranean happening throughout the year.