Let’s face it: the days when learning for kids meant going outside to play are dwindling fast. Instead of experiencing the outside world for themselves (or reading about it in a classic paper bound book), children of this generation are more content to sit in front of a screen for hours on end and absorb whatever is being shown to them. And though I wouldn’t say this is the best way for them to learn, at least they’re learning something. 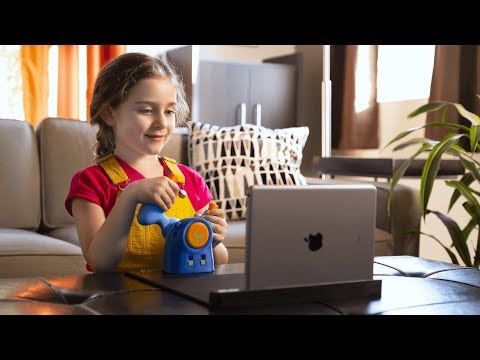 Plugo by PlayShifu is an AR gaming system which helps you keep track of what your child is learning. After downloading the Plugo app onto a mobile device, you can set up the gamepad to use a number of kits to play a variety of different levels.

Instead of opening YouTube on the iPad and letting them watch whatever they please, Plugo turns your tablet into a screen which connects to four different peripherals: Plugo Steer, Count, Link, and Quest.

Steer is pretty self-explanatory. After attaching the steering wheel onto the gamepad, kids can play games that teach spatial awareness, direction, and critical thinking. This is a heck of a lot easier than giving them control of the wheel of a real car, plus it helps ease them into the world of driving when they eventually grow up and want to borrow the car keys.

Count includes a variety of math symbols and numbers which you stick onto a count spike to learn the dreaded subject of mathematics. Aside from giving them the skills to be a playground hustler, this Plugo set will also teach them comprehension and logical reasoning.

Plugo Link looks to be the coolest set of the bunch, as it includes a number of magnetic links that latch onto the gamepad. Connecting these honeycomb links teaches kids logical reasoning, but it also gives them knowledge about how balance works and where to attach new links to keep the structure from falling down.

The last Plugo set is Quest, which is the closest thing these kids will ever get to an actual PlayStation. Just like a real gaming console, Quest combines a number of puzzles to keep players on their toes and test their comprehension and response time. Since the kit makes use of a joystick and button, it also subconsciously trains players to be ambidextrous with their hands.

Each kit comes with four games from the get-go, with more challenging levels being added to the Plugo app every month. As for which mobile devices can be used with the AR system, Plugo is compatible with almost every known iOS and Android tablet and smartphone. 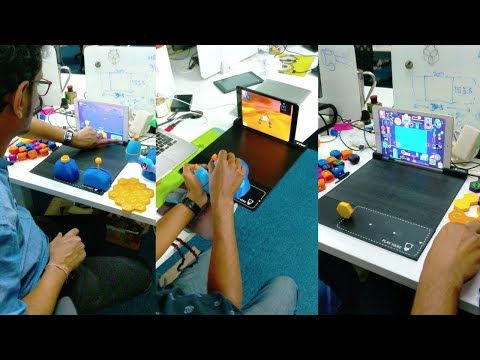 The Plugo kits and pieces are made from recycled plastic and are painted with non-toxic paint. Magnets that connect the pieces onto the gamepad, as well as the honeycomb links of the Plugo Link, are embedded within to avoid health hazards. The gamepad is foldable to make sure your kids clean up after a round of play.

Development on Plugo won’t stop once PlayShifu ships out the AR systems. More levels and kits are already being planned for the future with different degrees of difficulty and variety to keep kids learning. It’ll probably cost you another $60 per kit and maybe a little more for the extra levels, but as long as your kids are learning something wholesome like math skills instead of how to make homemade fireworks, you can sleep soundly at night.

Plugo currently has a Kickstarter funding of $31,261, which means it already has accomplished its initial goal of $25,000. You can learn more about the different peripherals and upcoming developments on its Kickstarter page.