When RobotChallenge announced it would be teaming up with Arduino and RS Components for this year’s “Hack the Arduino Robot!” competition, pocket protectors went shooting into the sky. And for good reason. The 11th annual RobotChallenge competition features innovative, and quite frankly, creepy, robot creatures, raising the bar for what a simple Arduino-bots can become. with the aid of an evil genius designer.

OFFRobotics, led by John Rees, a programmer from the UK, stands out among the entrants with OFFRobot. This robocreature endearingly titled the “little walker,” walks across surfaces in a crab-like manner, on legs designed using Inventor 2014 then brought to life through 3D printing and precision laser cutting. Prior to bringing his little friend to life Rees explained,

“I plan to design and 3D-print different legs for the robot, so that it can be placed in a dock and the rotation of the wheels can enable it to ‘walk’. The primary goal would be to design and print a spider-legs (octopod) or beetle-legs (hexapod) attachment, enabling the robot able to travel on uneven surfaces such as grass. After this has been tested and is functional I would like to add sensors to the legs to enable me to design optimal walking attachments with maximal efficiency, as well as explore the use sensors on the feet to measure things such as such as moisture/temperature/rigidity of the surface and potentially adjust the walk cycle to suit the conditions.” – John Rees via RobotChallenge

He began his project by laser cutting cardboard and plywood by hand. Frustrated that poor little OFFRobot wasn’t coming out as planned, he ditched his ego and grabbed the modeling software and a 3D Printer. Rees had never used the software before, but, full of man-pride and hope, put his head down and went to work.

Rees was originally inspired by Theo Jansen’s Strandbeests–possibly the most wicked robotic creepy crawler ever imagine (besides those little spider-bots in the 1984 Tom Selleck smash hit Runaway)–and the very real robotic ‘Cyber Tiger’ from Disney Research. OFFRobot isn’t quite as impressive as these pieces, but he certainly has a great foundation in the technology and tools he is working with.

Unfortunately, he didn’t finish fast enough to incorporate 3D printed robot legs into the final design. Instead he returned to his roots, slicing away at plexiglass with a laser cutter and successfully completing his robot on time. Rees is currently working through the completion of his 3D printing plan,learning “a neat trick from Andrew Leek at [HappyLab]. When printing my gears I was struggling to remove the ‘brim’ support material, and he suggested that I printed a bit slower and without the fans. It worked a treat. The prints are coming out great and they have a super smooth base which is perfect for reducing friction.”

John is keeping his Offrobot project on Github and providing a play-by-play of the build on his website. 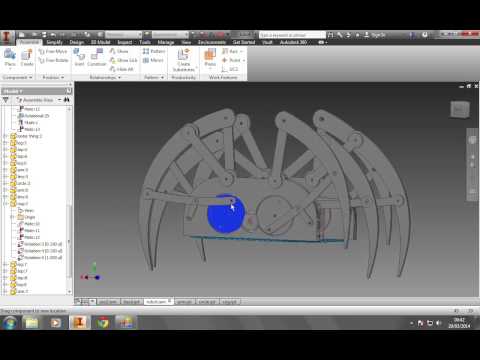 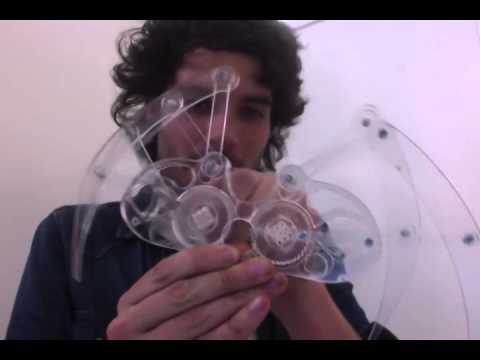 BLOW – A Lamp You Will Blow Up To Light Up!

Printoo by Ynvisible Brings Flexible, Printable Tech To Your Home