It’s agreed. In scientific trials carried out in a family living room, 3 out of 3 children agree that this robot is cool. The Morphex is a six-legged, remotely-operated, servo-driven transforming ball-bot of beauty. From a standing (or walking) position it can contract and expand its legs or pull them completely in to form a sphere, propelling itself along a flat surface. 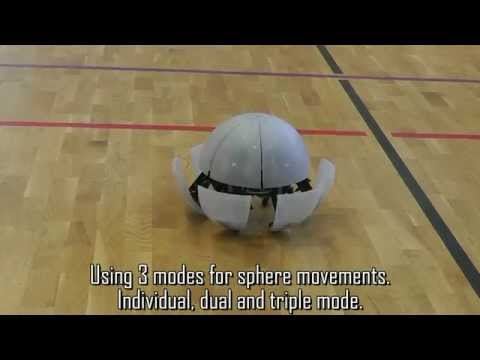 Kåre Halvorsen, the developer of the MorphHex, hails from Norway and has been interested in robots since he was a child. He’s been building them since 2006 with seven different robot projects under his belt. The MorphHex project began in 2010 with development continuing to fine-tune every aspect of the design. What makes it unique is not only the ability to roll into a ball, but its construction, in particular the legs.

To make Morphex being able to curl up into a ball shape, I’ve decided to go for a little special leg design. Actually, MorpHex is a sort of dual hexapod, where one leg share a common coxa part with two femur and tibia parts.

Making sure that every gear is aligned correctly was the hardest part when assembling the body section. I solved it by carefully placing one gear at the time and mark the 4 SES holes on each outer bodysection, remove the section, drill the holes and mount the section onto the inner body section again. Repeated this process for all the 6 sections.

There’s plenty of additional robo pr0n over on Kåre’s site. He has entered the morphing bot into the Boca Bearings 2012 Innovation Competition. He is pummeling the competition with nearly 700 votes. You can help him by voting here.

Kåre also developed a ant-inspired robot called the A-pod. You can see a video of the fluid movements below. Lynxmotion has created a variant of that robot and can be bought here, complete with parts and assembly instructions. 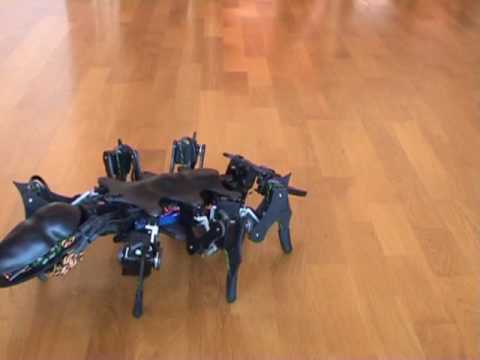 I’ve watched the video below about 20 times with my boy. He’s completely enthralled with, not only the movement but, the construction. After viewing it a few times, he says, “Papa, I need all of the machines he has.” Yes son, yes you do. 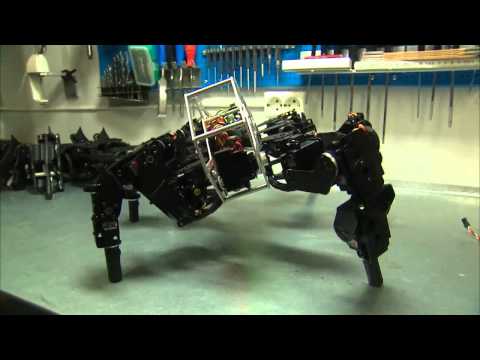