Microsoft has been looking to get a foot in the door of the MR (Mixed Reality) world since early 2015 with their development of HoloLens and the Windows Holographic platform. The company has since announced a collaboration with several leading tech companies, including Dell, ASUS, Acer, HP and Lenovo to produce their own MR headsets in an effort to take advantage of the upcoming Windows 10 Creator’s update (more on this in a bit) that’s scheduled for release early summer. What’s more, the MR headsets are expected to retail for $299, significantly lower than most VR headsets currently on the market. I like what I’m hearing.

While not much is currently known about the respective headsets (other than they are based on the concept and hardware of HoloLens), there is some information Windows has released regarding the hardware specs needed to run them and it’s surprisingly low on the techno-totem pole. Well, perhaps that’s not entirely accurate as the specs increase depending on the type of application running. Before I get into the specs though, take a look Microsoft’s Holographic platform that will be included in the Creator’s Update to get a better idea of the headsets will be able to do:

Microsoft recently disclosed the hardware requirements needed to run the Creator’s Update during WinHEC last month in December, which is as follows:

Those specs are, in fact, the bare minimums needed and will most certainly rise depending on the application used. Take those requirements with a grain of salt however–simply look at the requirements on the side of video game boxes and you’ll understand why. You may meet the minimums, but your game will chug with all the spectacular graphic magic that makes the game look incredible. Turn that off and your game will run smoothly, but at the cost of its incredibleness. But what is Microsoft’s Creator’s Update anyway and what will it bring to Windows 10?

The Windows 10 Creator’s Update will bring 3D to everything–desktop, tablets, mobile devices, your kitchen table, a shelf… you get the idea. It includes new features and tools putting MR and 3D and the center of  creating, connecting, gaming and interacting. The most notable of these upgrades include:

Windows Capture 3D – uses mobile device cameras to capture physical objects and turn them into digital 3D representations. Users simply move their cameras around the object similar to taking a panoramic photo to capture the image.

Paint 3D – allows users to take their 3D images and manipulate them in a Paint setting, even merging them with 2D images for a unique setting. There’s also 3D emojis, the ability to a stickers to create surface textures and even draw and color on the 3D objects themselves.

Microsoft Office in 3D – perfect for PowerPoint. Users can add their 3D images with 2D content and create animated scenes from one slide to the next. It’s unknown what other Office apps will make use of the 3D enhancements. Excel could actually be fun to use.

Remix 3D – A Microsoft website designed for the 3D image community where users can upload and share their designs with others who in turn, can manipulate them to their liking. Will also work with Minecraft and users can even 3D print their creations and bring them into the real world.

There are more upgrades for various Microsoft applications to bring about enhanced social experiences, seamless gaming updates and streaming, as well as simple security features made easier to navigate and implement. It’s unclear when the update will be released or when the new headsets will hit the market, but it should be sometime this year. My money is on a summer or fall release for both but mobile users could get it sooner, considering a lot of the new features were designed around mobile device cameras.

If Microsoft wants to win at everything, they need to do one thing. Remove telemetry and the so called spyware from Windows 10. They’d be slamming dunks all day after that. It does seem to be improving though, with their latest announcement about the Microsoft Privacy Dashboard and the same announcement reveal much improved security and privacy settings coming with the Creator’s Update. While we wait, you can keep an eye on insider previews and other topics on the Windows 10 blog. 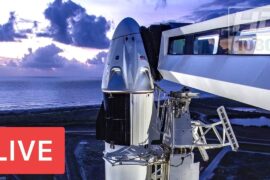