I tell you what. There’s nothing like the thought of riding atop a container of -195˚ Celsius liquid nitrogen, while its vapor spews from a small tube positioned between your legs. Nope, no problem with that. Why? Because it’s the future and it goes along quite nicely with ice pants. It’s called the MagSurf and it’s what director of Physics, Alain Sacuto, and superconducting lovin’ students have been constructing at the University Paris Diderot. While the quantum mechanical phenomenon is nothing new, this is the first it has been used on a small student population to test the possibility of human transport across a 5 meter span. How’s it all done? Well, remove the dry ice from your eyes and check out the video below. 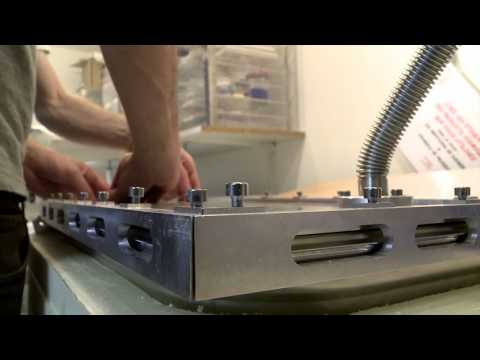