Virginia Tech students are lucky to have easy access to the DreamVendor, an interactive 3D printing station. Think of it as your 3D Printing Vending Machine, where instead of putting in cash for a pack of chips, you put in an SD card that contains 3D printer code and dispense out a 3D part. 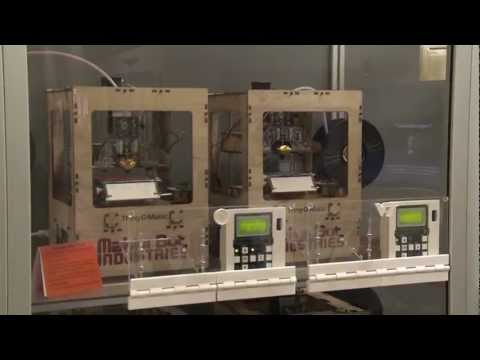 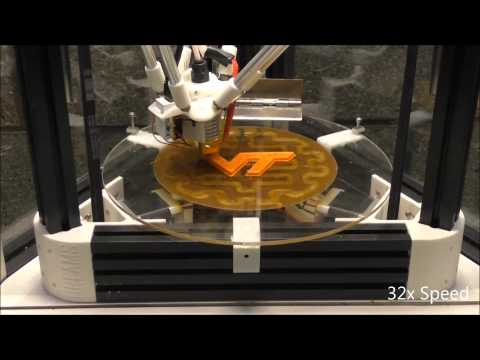 While traditional designers still prefer modeling out of clay or paper in the initial stages of the design process, the young and the restless prefer quickly fabricated prototypes that can help them to move on to the next stage more swiftly. One of the logical reasoning behind going the traditional route of hand modeling is, that as a designer you will be able to foresee any design flaws and probably come up with an alternate solution whilst in the process of making the model. 3D printed prototypes skip this essential step and the design flaw (if any) is discovered at a later stage.

Anyways, the DreamVendor is home to the physical examples of the latest research by the members of the DREAMS Lab. The force behind this project is Chris Williams, Director of Virginia Tech’s DREAMS Lab, and student Amy Elliot. The lab opened its doors in Spring of 2012 and ever since students have been using it for school projects and personal designs. In the Fall of 2013, DreamVendor 2 came about when eight Virginia Tech mechanical engineering students were given the task of creating the next-gen.

Here are some of the key features that were introduced in the new machine:

Besides the abovementioned details, two other driving forces for the redesign were modularity and portability. This was important because DREAMS Lab gets a string of requests to bring the DreamVendor to schools, museums, and other exhibitions. Now only if they can bring this baby to the SolidSmack office, we promise you, we’ll make a huge party event out if it. Probably print some beer mugs and prepone the Oktoberfest.

SolidSmack Radio | Somewhere Between Here and There