As more 3D pros—and other creatives with system-intensive needs— turn to Apple for their hardware needs, it would make sense for the company to introduce a full-fledged workstation offering that is on-par with some of the more advanced Windows-based workstations on the market.

And after years of speculation, the answer arrived on Monday in the form of the iMac Pro.

The most striking difference between the iMac Pro and other desktop workstations is clearly what Apple is best at—industrial design made possible in large part by world-class mechanical engineering. Through adopting the same styling as their existing iMacs, Apple was able to package their behemoth system into a single display versus the traditional tower and monitor setup. But these are just surface details.

Underneath the sleek Space Grey aluminum housing is a framework capable of housing an impressive 18 cores for next-generation processing power. In comparison, existing iMacs can house up to 8 cores — plenty powerful still. And with a 5K display, those creating renderings and animations will have no shortage of fun without the annoying delays. 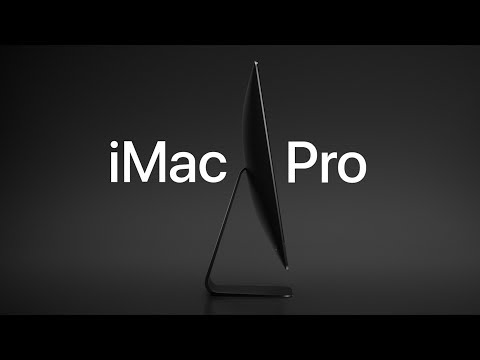 All of this is supported by a Radeon Pro Vega graphics chip – which clocks in at over three times faster than any previous iMac GPU. And with up to 128GB of memory, data-intensive tasks such as creating VR environments or detailed animations will be processed lightning-quick.

So how is all of this possible in the body of a razor-thin iMac?

Apple engineers overhauled the existing thermal architecture of the iMac to include dual-blowers, a massive heatsink, and extra venting. These updates allow for a reported 75 percent airflow increase and an 80 percent increase in system thermal capacity. Ultimately, this thing is a beast. And at $4,999 for both the 5K display and the workstation itself, the iMac Pro is sure to be on the wishlist for many designers and engineers looking to upgrade their kits.

Find out more over at Apple.

This Japanese Artist Sharpened a Macbook Air Into a Functional Axe

Model of the Week: LEGO Man Toilet Paper Holder [Everything is Awesome!]