With online games and other interactive programs tailored to the needs of the coding novice, the days of learning basic coding principles through a traditional coding environment are long over. But what if we want to get away from the screen altogether?

Such is the premise behind Musicon, an interactive wooden musical instrument that doubles as a coding teacher created by designer Kamil Laszuk as a part of his graduation thesis in 2011 at the Academy of Fine Arts in Wroclaw, Poland.

Laszuk, who also holds a degree in music, was inspired by the traditional “barrel organ” to create an exploratory device with hundreds of moveable buttons that active various instruments including a drum, a xylophone, and a mill that can each be programmed via the analog buttons.

“The design was based on research about the impact of music on children‘s psychophysical development,” explains Laszuk. “Since then, the project was continued in cooperation with an interdisciplinary team of education and music specialists. Finally, in 2016, after 18 months of intense prototyping was created a functional ready for serial production.” 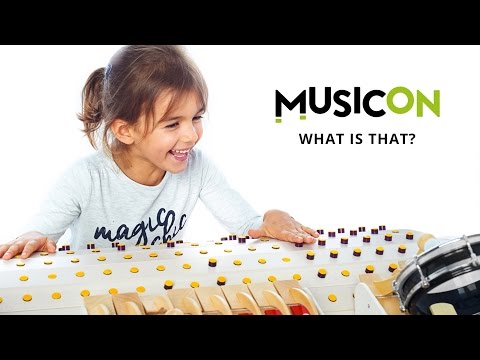 Set to be launched on Kickstarter in March of 2017, find out more about Musicon over at Musicon Club.

What is Six Sigma and why is it used?