Although they only just introduced their first official housing for their popular microcomputer in late June, the Raspberry Pi Foundation has been keeping their momentum moving towards creating usable miniature computers. This time around, however, the Foundation took their focus off of the board and the housing in favor of something that’s become near impossible to miss these days: a touchscreen.

The official Raspberry Pi touchscreen, which costs just $60, is the result of two years of searching from the foundation’s Director of Software, Gordon Hollingworth.

“Two years ago, I began the process of looking for a simple, embeddable display for the Raspberry Pi,” explains Hollingworth. “I honestly believed it would only take us six months from start to end, but there were a number of issues we met (and other products diverted our attention from the display – like Rev 2.1, B+, A+, and Pi 2). But we’ve finally got there.” 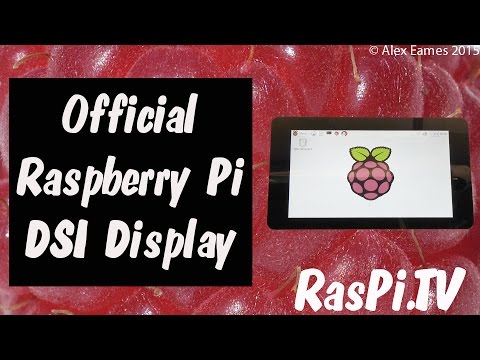 For those who understand the the process of bringing a product to market, the above story might sound familiar. But to successfully put technology found in some of today’s high-end devices (quality color reproduction, pixel quality, contrast ratio and viewing angle requirements) for a product that costs just $60? That’s impressive.

Although users could have previously connected their Pi through any screen with an HDMI port, the new 7-inch, 800 x 480 pixel, 10-point touchscreen display features a metal-backed display with mounting holes for the Pi.

In true Raspberry Pi fashion, the community has already uploaded a 3D printable stand for the new display – the perfect addition to your Wireless Raspberry Pi Doomsday Weather Station Project.

The display is now available at the official Raspberry Pi Swag Store.