There’s no denying that voice interfaces are the future of interaction design. Whether it’s through Apple’s Siri, Amazon’s Alexa, Google Home, or any number of chatbots and new AI technologies, ‘the invisible interface’ eschews screens in favor of speech to feed us information or take commands. Thankfully, affordable development boards like the Raspberry Pi have helped bring these AI technologies to a wide variety of digital tinkerers.

In the latest issue of The MagPi – The official Raspberry Pi magazine, tinkerers both young and old have the opportunity to make their very own hardware kit that enables voice interaction across a number of Raspberry Pi projects thanks to a partnership with Google to include a Google Voice Hardware Accessory on Top (HAT) accessory board, a stereo microphone Voice HAT board, a large arcade button, and a selection of wires with the purchase of each physical magazine (users can read the digital online version for free without the kit here). 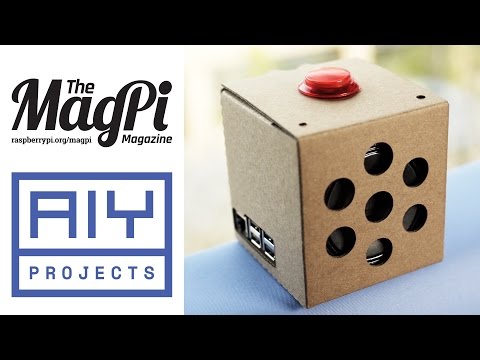 As long as you already have a Raspberry Pi 3, all that you’ll need to do is a quick software setup to have access to the Google Assistant SDK and Google Cloud Speech API. For the 3D modeling-savvy, you can even design your own hardware casing. Otherwise, an included cardboard enclosure is included.

Additionally, the issue also includes a way to create your own custom Amazon Dash button, how to master the basics of Minecraft Pi, add an on/off switch to the Raspberry Pi, and more. Find out more over at MagPi Magazine.