Of all the places you’d expect the sad remnants of a wrecked automobile to show up, on a wrist as a high-end watch likely isn’t at the top of that list.

Yet. designers Christian Mygh and Jonathan Kamstrup of REC Watches have done just that with their P-51 Timepiece; a luxury watch made from discarded Ford Mustang parts. To add a narrative punch, every watch includes the vehicle identification number and year of production.

Styled aggressively with iconic Ford Mustang design cues, the power dial design is influenced by the car’s fuel gauge while the hands, date, and dial numbers are influenced by the car’s dashboard. Further, to ensure they get the one-of-a-kind story behind each watch right, the designers aggressively trace the history of each and every vehicle. Not surprisingly, the Denmark-based designers have made fans out of Ford designers themselves.

“Most people would just see a pile of metal, a ghost of a Mustang,” explains Mygh. “We see something completely different – the soul of a car and a story that needs to be told. I’m not cutting up Mustangs. I’m bringing Mustangs that are beyond repair back to life as a watch.” 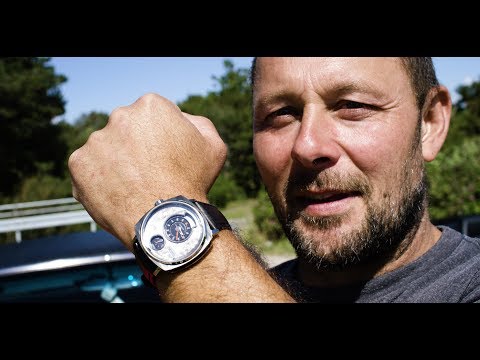 Launch a Weekend Side Project with This Ultimate Crowdfunding Bundle

The Stoosbahn Opens as the World’s Steepest Funicular Tram

SuperCarrier 2.0 Is a Modular Reusable Bag Perfect for Segregating Your Stuff