It’s summer and what else is there to do but hit the road, eat Corn Nuts and jam to “Free Ride” by CCR on repeat? Dave Seliger, a contributor at Core77, recently went on an extended road trip. But this was no ordinary excursion. In an exposé named Route 77, Dave travels around America to visits the leading designers and innovators in the search for that small bit of inspiration that will launch him into his fresh-out-of-college life. Recently, he cruised into Pheonix to have a chat with Local Motors, a company famous for its co-created car, the Rally Fighter. Then, it was down the ol’ dusty highway to Toyota’s Calty Design Research outside of L.A. to explore what’s driving automotive design.

Local Motor’s business model is simple. Give people an opportunity to design a car they would want to drive, then leverage the community to sell your finished car. However, does that equal a great vehicle? Perhaps – The Rally Fighter is truly a niche-market vehicle. They certainly produced it quick – a mind-blowing 18 months from initial sketches to production. Dave sums up their design ethos – it’s not a bet on high-speed PLM, but a bet on co-creating as a means to sell cars.

Be sure to catch the EngineerVsDesigner interview with Local Motors where Josh and Adam talk with Jay Rogers and Alex Fiechter and find out what the difference between ‘crowd-sourcing’ and ‘co-creating’ is. Here’s Dave’s test ride in the ever-so-cool Rally Fighter.

Toyota isn’t flocking to the Crowd for new ideas, at least to the extremes that Local Motors is. In fact, they’ve been consciously avoiding it, arguing that Toyota’s failures have been linked to listening too much to the consumer. “This is not to say that customers don’t have helpful input, but rather that customers are talking about today. To be innovative, we have to take their opinions and project eight years outwards.” It reminds me of that (alleged) quote by Henry Ford, “If I had asked people what they wanted, they would have said faster horses.” Toyota is a massive company and needs to think of production runs in the millions – making a ill-informed decision about a vehicle design is not a chance worth taking. 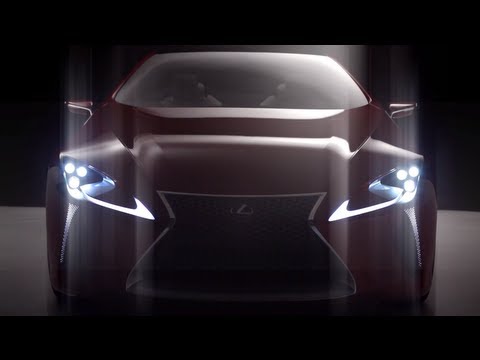 The comparison between Toyota and Local Motor shows how the design process operates on different levels. With such small margins, Local Motor’s co-create model works, because it treates the community of designers and engineers as customers, solidifying interest in a niche product. Toyota is so big, so moneyed and so mass-production oriented they have to take a wider view, a deeper look into the future. The Local Motors production system is so flexible, so thin, so ninja-like, it can afford to make mistakes and recover faster. The community has a vested interest in catching these mistakes – these are your customers, and they’re car-lovers too.

So who designs better? It’s not so clear. Reviews of the Rally Fighter are fairly positive. And Toyota is the #1 car maker in the World. In the end, it depends on whom its made for–Better is a matter of taste. The Rally Fighter is a car for the select few with money and a love for off-roading. Toyota makes everything for everyone. End-to-end integration means a car that works–in this case, the LF-LC–and for those who want a car that gets them from point A to point B, that is all that matters.

Wisdom of the Crowd: Desktop Ballista and OpenROV [Plus Giveaway!]