For centuries, Bonsai has been a celebrated art form in Japanese culture involving meditative manicuring, long-term cultivation and shaping of one or more small trees growing in a container. While the art is still widely in practice, the general art form hasn’t changed much—until now. 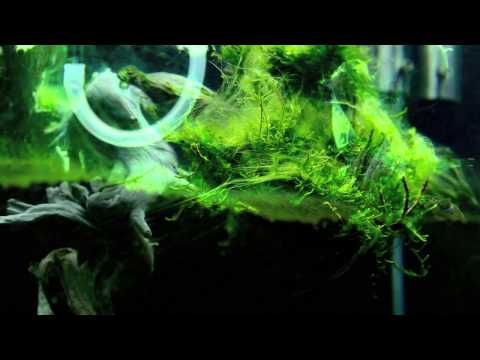 In contrast to a ‘dry’ bonsai, designer Azuma Makoto’s Water and Bonsai is merely just an illusion that flows in crystal-clear water. The underwater tree is actually submerged deadwood (Sabina Chinesis) wrapped in a common freshwater aquarium moss (Java Moss). Ultimately, the underwater bonsai is a well-executed aquarium fixture that gives off the illusion of something else entirely.

“My initial idea was to express traditional Japanese bonsai in a contemporary approach. As you may know, elaborate forms of bonsai can’t possibly be achieved overnight…Time is graven on bonsai, its scenery and mood–by placing those elements in water, I wanted to visualize its speed at an accelerated pace, and to create a new expression with plants.”

Connecting: An 18-Minute Film on the Current State of UX Design