These days I increasingly find myself asking “where was this when I was a kid?” when it comes to new toy designs ranging from electric inks to Arduino kits and iOS apps to the ability to ‘design your own shoes’ with NikeID. The latest comes in the form of an AMAZING Simpsons LEGO set that belongs on your desk somewhere between that LEGO Back to the Future DeLorean and that pile of white bricks from the LEGO Architecture Studio. Here’s a closer look at what you’ll likely be playing with in between marathon work sessions in 2014.

Don’t Have a Cow, Man 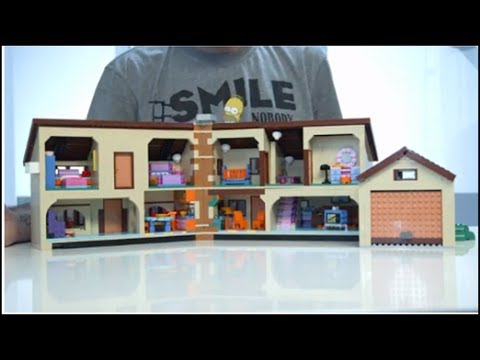 Launching in LEGO Stores February 1st, the new set includes bricks to recreate the Simpsons’ iconic Springfield house both inside and out. Yes, this means that you can quote all of your favorite scenes that happened in front of the TV, in the kitchen, or in Marge and Homer’s bedroom. Heck, even Ned Flanders is included in the set with his gas barbecue.

When the set was announced last year, there was some backlash online in regards to the show “not being a kid-friendly theme’, however the naysayers can eat Bart Simpson’s shorts man, because the designers took careful consideration to leave out Homer’s Duff Beer, among other ‘adult-themed’ show elements.

The set is being released in celebration of the show’s 25th anniversary (I still remember watching the premier episode as a kid in my pajamas in front of the TV and was hooked for life) and will include additional accessories to be released in May when Fox airs a special LEGO-themed Simpsons episode to celebrate the anniversary. The set will be going on sale for $200.

One question though: Why do the eyes look sedated? Are they already bored with their own LEGO set?

On a separate note, February couldn’t shape up to be a better month for LEGO as they are also releasing the LEGO movie later in the month.