Sprice Machines is both a simple and not-so-simple YouTube channel for the same reason: that it specializes solely in making Rube Goldberg machines. And while you think having a single selling point makes it easier to dream up content, it takes a highly creative mind to think up and execute new ways to oversimplify the most mundane tasks.

Take this trickshot machine for example, which takes almost 3 minutes after its initial activation to shoot a ball a few inches into the hoop above it: 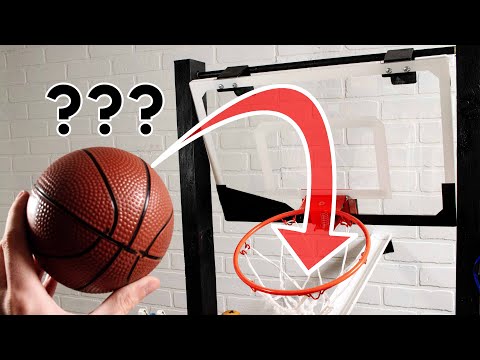 By carefully placing tons of toys and knick-knacks on a giant desk and nearby wall, Steve Price has created a Rube Goldberg machine that makes use of all the free space available to him.

These pieces aren’t just there without rhyme or reason, either. Just like any good Rube Goldberg machine, each piece is meticulously placed so it interacts with the next. The trick is to get all the pieces moving at the right time without any sudden stops or starts in the system.

It’s better to watch the video to better appreciate the work Steve put into his complex machine, but here are a few noteworthy sections:

Those are just a few of the many points of interest in Steve’s cluttered but totally functional trickshot machine.

As with all machines of this nature, there is bound to be a lot of trial and error involved when organizing and testing them. According to Steve, this particular trickshot machine is where he has encountered the most errors ever. He is even humble enough to show some of these in the video.

From what we can see, a lot of the malfunctions can be chalked up to the machine’s parts not having enough momentum to push the other pieces forward. There are also those expected premature activations where segments in the machine go off early (and even one instance where Steve forgets to plug in the power to turn on the inflatable tube man). But thanks to his years of experience, these instances aren’t as numerous as you would think they would be.

If you love watching Rube Goldberg machines and how all their parts flow into each other, check out Sprice Machines’ YouTube channel. They put out new complex content at least once a month which will always blow your mind.