RimbaTubes: The PVC Pipe Instrument That Will Slap Your Ears in the Face

When you’re walking through the hallway slapping a rubber mallet across your mouthhole and both ears to produce an ethereal, hollow song, people may first wonder how you’ve managed to grow a third arm from your lower torso, before becoming enchanted by the rhythm reaching past the waxy depths of their inner ear. Kent Jenkins (aka Snubby J) doesn’t have three arms or waxy ears, but he can play the PVC pipe instrument like nobody’s business. He calls his creation RimbaTubes and if you’ve seen the video that has circulated over the years, you know he is quite the delight to all who watch. He has quite a way with those rubber mallets he uses to create the ‘thuds’ and ‘chuds’ (best way I can describe that sound folks) and quite a story to go along with it. We caught up with Kent after his return from studies abroad to find out about his inspiration and challenges in making the instrument that captured his interest. 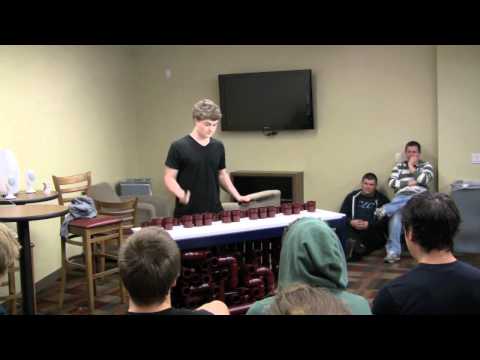 The video that started it all, uploaded Novmeber of 2010.

Kent Jenkins, who you may remember seeing on America’s Got Talent (season 5), is from Portland, Oregon. He is currently majoring in Theater and minoring in Music, with a focus on Percussion, of course, at Loyola Marymount University in Los Angeles, California. If you’ve watched the video or have seen it before, you know the similarities his instrument has with that of the Blue Man Group who started their variety show in New York and have been playing Boston, Las Vegas and other venues since 1991. Well, that group is exactly where Kent found his inspiration.

“I saw a Blue Man Group billboard in Las Vegas back in 2005 and after listening to their music and seeing their live show, I was inspired to build my first PVC Instrument.” Kent says, “They play similar pipe instruments in their show and at one point they cover popular songs such as Like a Virgin by Madonna and Crazy Train by Ozzy Osbourne. I thought it was the coolest thing and wanted to hear more, so I took it a step further by building my own instrument and playing more recognizable tunes.”

He and his father built the first version of the PVC instrument over the course of two months during the summer in 2007. Version 2.0, The RimbaTubes, also took about two months over the summer of 2010. “We did a lot of research online and found instructions and length formulas from other people who had built their own, but we ended up going with a “trial and error” process. Since we had no idea how the pipes were going to fit together, we had to work on one note at a time, using common sense to maximize the shelf frame space–it was like a giant puzzle! We were going to use so many elbows, we didn’t know how to calculate them into the equation, so it was easier to just use a “guess and check” method.”

Initially, they tuned the notes by ear using a keyboard in the garage. Kent’s dad would play a note while Kent banged on the pipe with a makeshift paddle to see if the pipe’s pitch was too sharp or flat. You can imagine how long that took, so eventually the invested in an electronic chromatic tuner to fine tune the tubes.

After hearing about what went into making them, you may think the biggest challenge was just putting the instrument together, but what proved most difficult was a more personal element. “I think the biggest challenge for me was to make people understand what I was imagining in my brain and for me to make it all happen.” Kent explains, “It’s odd though, because at the same time, there was pleasure in that. When I first had the dream of building my own PVC Instrument, I had no idea where it would all lead, but it somehow clicked in my head that this was something really special and that I had to do it. My parents were the first ones to support this crazy project of mine, but it took some convincing from my end to prove that this wasn’t just “some phase” like most kids go through; I wasn’t going to spend all of this time and money and then lose my interest a month later. After the instrument was built, it also took convincing my friends to make them understand what this contraption was. Luckily, at that point, I could give them a performance to explain what it was and why I have a passion for it. I think even to this day, I can never fully explain well enough with words what ideas I have in my brain whether it be a cool medley or a special effect in a video. I just have to receive enough trust from others that I can do it. Then, I can show them what I am picturing with the final performance.” 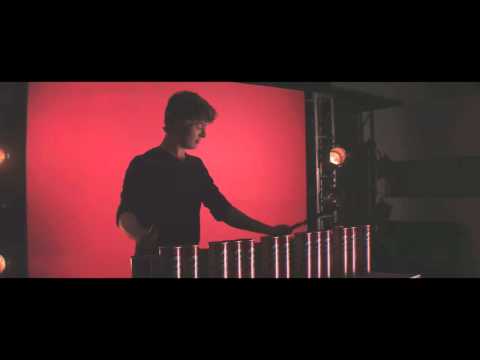 “Bouncing off of this idea, the biggest joys for me are when my performances are well received. I try to put 100% of my heart and energy into every performance I do whether it be for YouTube or a thousand people at a party, so when people are enjoying my performances and we are all sharing together that indescribable feeling of something awesome happening, I feel like I’ve done my job and am satisfied therefore.”

You can see more of Snubby J on his Youtube channel, hear his music or buy his merch on his bandcamp page.

Make your own PVC Pipe Instrument

If you’re interested in making your own PVC Pipe Instrument, there are plenty of instructions on how to do it. This PVC Instrument Instructable will get you on your way. With about 120 feet of pipe (in 20 foot lengths) you can put one together over the course of two months yourself. The paddles may seem simple to make compared to the pipe instrument, but you can buy the paddles from Snubby J on his website if you’d like to skip that step. Painting your entire head blue and mastering the art of inquisitive, blank stares… well, I’m sure there are tutorials online for that as well. 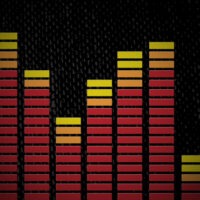 Woodskin: A New Material Offering for All Your Lo-Tech Polyhedral-Sculpting Pleasures