The Female Car Designer Behind the New 2016 Acura NSX

When it comes to transportation design, it used to be that one only needed to attend an exterior design sketching class to notice that the majority of those in attendance were likely car-obsessed males.

However, as more women crossover into design and engineering roles that were previously held by their male counterparts, we’re also starting to see the emergence of top-level female design directors who are inspiring tomorrow’s generation of STEM-trained female designers and engineers.

Among others who are paving the path is 34-year old Michelle Christensen, an Art Center College of Design graduate who developed a strong passion for mechanical engineering after watching her father tinker with muscle cars in their garage when she was a teenager.

“Growing up, my interests ranged from sketching prom dresses for friends to wanting to work in a pit crew for a racing team. In junior high I learned about exterior car design; it was the perfect melding of my interests in design, cars, and working with my hands,” said Christensen in a 2010 interview with women’s magazine Marie-Claire.

“I love shoes — interesting surfaces or shapes can influence how I sketch a bumper.”

After finding success at the world-renowned transportation design school – she was actively pursued by multiple companies during her time there – she was hired by Acura in 2005 to become their first female exterior car designer…and won an in-house design challenge soon after.

But unlike the Damsels of industrial designer Harley Earl’s era of the 1950s – in which he brought on a small group of female designers to focus on female-friendly car features, a first at the time – Christensen was brought on by Acura to lead the design on some of the most advanced cars that Acura has ever produced…including their 2016 Acura NSX model, which was unveiled at the North American International Auto Show yesterday:

Challenged with not only styling the car into an iconic form that “looks fast while it’s parked”, Christensen also had to take into consideration aerodynamic performance qualities that would be affected by the final exterior design direction.

“The design had to enhance the function of the car,” Christensen said in an interview with the Los Angeles Times. “It forced me to grow as a designer.”

As for how she currently feels about gender and being one of the few women on the car exterior design team, she doesn’t think it matters; adding: “even the guys here will talk about shoes.”

Below is an interview with Christensen when she was leading another recent Acura project, the Acura ZDX: 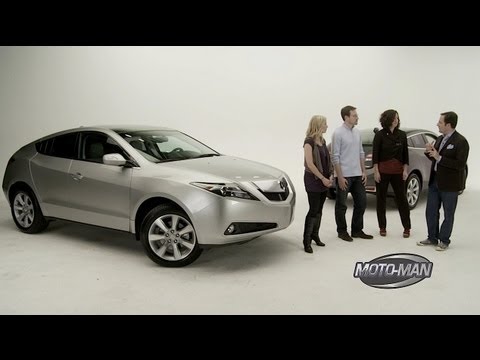 Be sure to read the interview about her role as the lead exterior design for the new Acura NSX in-full over at the Los Angeles Times.