Trimensional + Thingiverse: The Face of Photos to Come?

So iPhones. Good for 2D imagery. How about 3D imagery? That’s a difficult one. Yet somehow, we can say with some confidence, there’s an app for that! Trimensional is completing the digital to physical process with a new iPhone app that takes scans produced by the app via your camera to 3D printed part on a Makerbot.

The Future of Photo

When we first saw Trimensional, we saw the first iPhone scanning app, created by Georgia Tech researcher Grant Schindler, capable of producing animations and export 3D files. It’s not the best way to scan your face with an ordinary camera (there’s AutoCAD 123D Catch for that, or if you have a Kinect, ReconstructMe), but it captures features in realtime and is available to the consumer.

Better yet, Trimensional and Makerbot have teamed up to improve the software and bring your scans directly into Thingiverse. 3D printing your best silly-face and sharing it with the world has never been easier. Although the software gives you an undeniable ‘swarthy’ look (at least, based on what you can see in this picture – maybe he looks like that?) It has full-colour – which doesn’t matter all that much if you’re using a Makerbot or something similar.

Vanity is the biggest element of attracting the consumer market. Very few buy a personal camera to take photos for themselves – they like to share. Teaming up Trimensional and Thingiverse is a smart move on the part of both sides – everyone wants to share a funny picture and know that lots of people might see it. Hey, they might download and 3D print it too.

Here are the main features of the app:

As it goes, the development of 3D scanning/printing as a viable photography tool for consumers will be an interesting one. Photography developed (pun intended) without the advent of the Internet, but quickly encapsulated the essence of every social space. Now we have scan producing phones and a whole network of 3D printers in homes and hackspaces, building momentum in communities that love to share. No printer? Send it to a friend or a service like Ponoko. Time to scan your head. 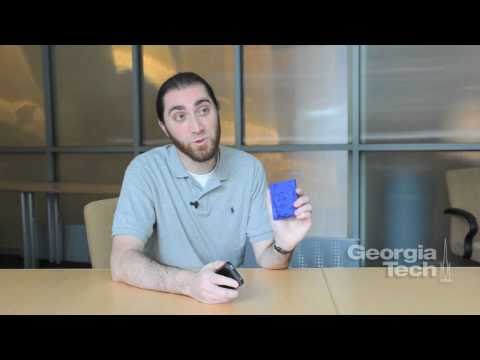 How to Look Sharp, with Sharpie Car Art