Model of the Week: Ambiguous Cylinder Generator [It's Ambigulicious!]

If you weren’t obsessively clipping your toenails last week and saw the ‘Ambiguous Cylinder Illusion’ by Kokichi Sugihara of Meiji University, Japan, then your brain likely squeezed its way out your ear canal, grabbed your jowls, looked you in the face and said, ‘YOU’RE MAKING MY BRAIN HURT!” (Yes, your brain just told you that YOU are making its brain hurt.)

If you have no idea what I’m talking about, here’s the video. 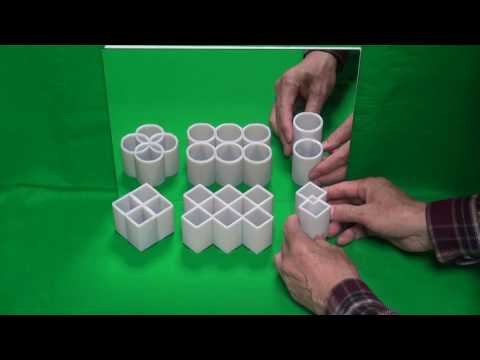 Finished stuffing your brain back in its cage? Well, as you probably realized, this is a simple illusion that can be done with a wavy-top cylinder/square, a mirror and a magician’s wand (optional). Inspired by Kokichi, Markus H created the model you can print and remix yourself. Modeled in OpenSCAD, he has provided the .stl for 3d printing and the .scad file to create other versions Kokichi shows in the video, or delight your brain’s brain by making your own.

You can snag the model files on Thingiverse.