3D Modeling is usually done on a 2D plain with a mouse, keyboard, gallon of coffee and a really big, FLAT screen, but that dissonance in dimensions is a user experience we’ve come to accept as normal. It’s just not right.

Fortunately, More applications that get 3D models off the screen and into our environment are being found upon the reemergence of virtual reality. First there was Quill and Medium for the Oculus Rift, then we saw Google’s Tilt Brush. Then along came Gravity Sketch VR. Now, we have Blocks, Google’s very own 3D modeling VR app that turns your Oculus Rift or HTC Vive into a 3D model creator within your 3D world. Simple tools let you shape, paint, and change your creations without ever having to touch a mouse or keyboard.

Perhaps, the best thing about the software is that it gives you the ability to craft your wonderful abominations the way they were meant to be created–in 3D space.

From something as simple as a potted plant to a massive mech unit, everything you create can be viewed intuitively as you would in the real world. The 3D modelling software removes the need for sketches, parametrics and dimensioning–all of that is combined together in a way so you can focus on the creating instead of tweaking sketch constraints.

Blocks has more uses than what you might think and more application beyond pure novelty. How would you like to create quick concepts and export it for animation? Create 3D graphics? Models for your 3D printer? Blocks is set up with all of this in mind. The interface itself has six basic tools-Shape, Stroke, Paint, Modify, Grab, Erase-to design models you can share via link, .obj export, or as an animated gif. The Block Gallery also allows you to download and re-purpose the creations of others. Additionally, it can be used alongside other VR apps like Google Tilt Brush.

In fact, here’s an example of Blocks and Tilt Brush being used together by artist and YouTuber Anna Zhilyaeva. 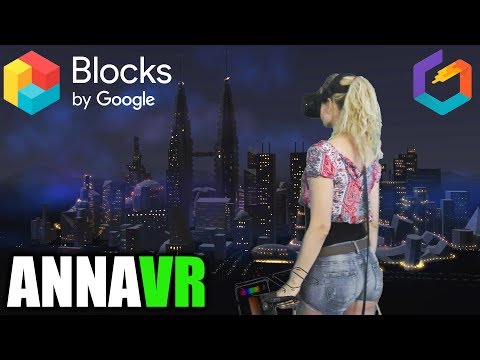 Blocks is currently free for both the HTC Vive (via Steam) and the Oculus Rift. There are a few Block tutorials available on the Google VR YouTube channel. So if you have either of these VR headsets and want to stretch your creative muscles, check it out and let us know what you think.

You Can Get A Degree In Additive Manufacturing