Tangibot – An Exact Clone of the Makerbot Replicator

Matt Strong has begun a Kickstarter campaign to sell the Tangibot, another 3D Printer. Wait it’s not just any 3D printer – it’s an exact copy of the Makerbot Replicator, and a relatively cheaper one at that. $1,199 instead of $1,749 for a single extruder and $1,299 instead of $1,999 for a dual extruder. Discussion and general discord has exploded across the internet, none in part due to the irony that Matt Strong is replicating ‘The Replicator’ (let me be the first to say … BWAHAHA)

What is Open Source for?

There is nothing illegal about what Strong is doing – Makerbot posted all the documentation online. Almost all of their components are off-the-shelf and the software is free. Makerbot has been a huge supporter of Open Source – in reality, the Cupcake, the Thingomatic, the Replicator, they are all derived from the RepRap project. Thingiverse is an open community of CAD designs. But it’s not because Makerbot is a wealthy Uncle that can afford this – they state “When we say open source, we mean open source. The inside of your Replicator belongs to you just as much as the outside, and we want you to get acquainted with it.” One of the unwritten commandments of Open Source is that copying and selling a product is ‘not good karma’. Its legal, but its really not a nice thing to do. EEVBlog has a great take on it below. 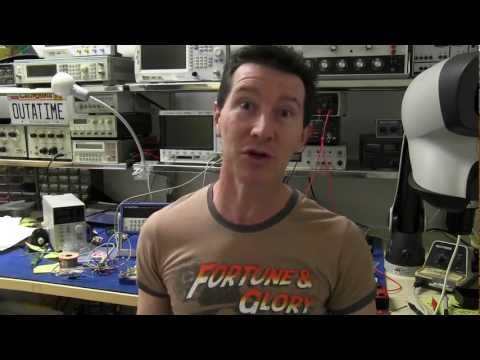 Makerbot released all the specs after taking the risk, supporting their customers and creating software. It’s a risky strategy, especially when this happens. If Strong actually hits his $500,000 goal on Kickstarter, that will be $500,000 that Makerbot could have earned for all it’s persistence and hard work. And have to help extra customers it never sold products to. In other words, Matt Strong is making it so risky for them to continue to be Open Source and suppress the initiative of others to innovate. What’s the lesson to the whole 3D printing community – why try when I can copy?

Matt Strong’s argument to support his campaign is simple. 1) Its legal and 2) I’m doing a favor to Customers by offering a cheaper Replicator. First off, so what if it’s legal? It’s still wrong. Lots of things are legal yet completely wrong. So be cool and don’t do it. Matt’s second point is a fairly myopic one. Consumer are not getting a cheaper Replicator. Replicators are made by Makerbot and a great deal of cost and love and butterflies in the stomach were put into it. He is offering a 3D printer, and its not even the cheapest one out there (Hello, Solidoodle? $500!). In the long-run, he is screwing the Consumer over by killing innovation within companies and the community with the aim of making money in the short-run.

Already Matt Strong has made $15,000 in the past few days, with 25 days left to hit $500,000. Personally, I hope that he falls short of this. Usually I support any sort of 3D printer – this is an exception because….the Tangibot isn’t exceptional. The purpose of Kickstarter is to get the world to fund unique projects – I’m frankly surprised that Kickstarter allowed this. If Strong is successful, Makerbot will have to revise their Open Source policy and become closed source. This would be a real shame – they are one of the only 3D printing companies that is so gung-ho on free unfettered Open Source 3D printing.

See the Time-lapse Sculpting Process of the Opto Sculpture