If there is one thing to know about Leica cameras, it would be the fact that they do not come cheap… they seriously don’t! They’re basically ‘luxuries’ in the photography world. With this, the brand has a very specific kind of target market. If you are one of its passionate fanatics and you have the means to afford one, Leica has a lot to offer. But, what does make them attractive to such kinds of individuals? After all, the market offers Canon, Nikon, Olympus, Fujifilm, and Sony. They offer tremendous autofocus systems and incredible viewfinders that can make everything easier for you. On the other side of the coin, Leica M cameras like M10-R and M10 Monochrom come with a rangefinder that can even take you time to master. Even its mirrorless and compact models like CL and Q2 use a contrast-based AF system that can never outthrone Canon’s Dual Pixel. So, why Leica? Well, as Leica followers put it: it’s all about the experience. That is fairly true.

This is why besides people who can afford them, these cameras are meant for very devoted photographers who are willing to manually set the focus and other stuff until they get everything right. Apparently, if you are a beginner and new to Leica units, Leica’s rangefinder models will give you a hard time. But patience in mastering its system can be rewarding. Really, really rewarding. Imagine its compact model Leica Q2 bearing a 47.3 MP full-frame sensor. That is a freaking full-frame sensor inside a  tiny shell! So, just imagine what its mirrorless, M, and other camera series can do! 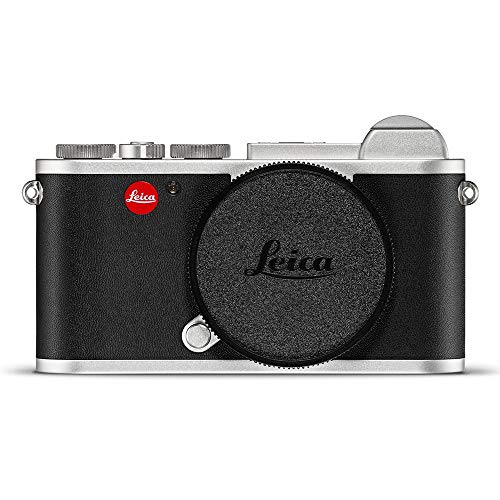 CL is probably the absolute answer of Leica to the previous gripe it has encountered in its previous designs such as the TL2, which (in most parts) left the traditional design and style of the camera brand. Now, despite embracing some modern features (which will certainly benefit modern users), CL still comes with the classic style of Leica.

“Its rounded body with leather insert houses modern features,” said SolidSmack Photography Editor Evangeline Summers. “This makes it a hybrid of a modern and traditional camera which attracts the entire market. Even better, it is one of Leica’s most affordable camera models, beating the giant M, Q, SL, and S models.”

It is an APS-C model boasting a 24.2 MP sensor. The best thing about it is that its sensor has an impressive size and performance for this category, especially that the camera doesn’t have an optical low-pass filter.

“This results in excellent detail levels with honest tones and color,” added Summers. “Most of all, CL promises impressive dynamic range which can justify its price.”

It can cater to a good number of lenses, thanks to its L lens mount. This includes the L mount lenses and the Leica R and M series lenses via adapters. The main highlight, however, of CL is its top plate dials which give that retro feeling of the first Leica models. Nonetheless, Leica stands true to its mission in still giving CL a touch of modernity. This explains the inclusion of the Wi-Fi connectivity, built-in viewfinder, 4K/30fps video, and LCD touchscreen capability. And although the last doesn’t come in vari-angle form, it is still a nice touch for a Leica camera at this price point. After all, it can be a helpful feature that will allow you to better experience its AF ability through Touch AF. On the other hand, despite having a 49-point contrast-detect AF system, it is very effective in its role. Fast and reliable. Surprisingly, the tracking is very capable even in low-light conditions. 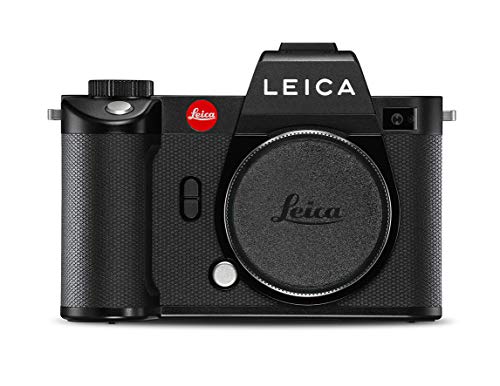 SL2 is probably one of the most coveted full-frame models existing. Besides the big reputation of the brand it represents, its features and overall quality are enough to leave a notable impression.

“Everything starts with the 47 MP full-frame CMOS sensor that is accompanied by Maestro III processor,” said Summers. “It has a higher AF system with 225 contrast AF points with depth mapping that is more reliable than its predecessor. It is not the best in terms of low-light conditions but it is smooth and silent in action.”

When it comes to speed in shooting stills, it can offer a decent 10fps mechanical shutter shooting and 20fps under the electronic shutter. You also get a sufficient buffer of up to 100 JPEGs and 78 DNG files.

“SL2 can also move its sensor to produce 187 MP stills. There is also a 5-axis in-body stabilization to aid users. With all that - the sensor, resolution, stabilization, and Leica’s very own processor - you can always ensure magnificent shots with phenomenal dynamic range,” added Summers.

On the other hand, it can shoot DCI and UHD 4K videos at 60fps and 5K at 30fps. For better smoother movements and slow-mo effects, you have the option for 180fps in Full HD mode. Its 3.2” fixed touchscreen can limit you when shooting in awkward positions but its bright EVF with 5.76 million dots resolution can impress photographers. And lastly, we love that it can now cater to two high-speed UHS-II cards.

Two words: ‘convenience’ and ‘resolution.’ Q2 is probably the camera that can beat any compact model in this industry. The price says it all, but behind this and the small shell are the incredible features you can only see in bigger models with chunky bodies. So, yes, it really is fascinating how Leica did it.

“Leica Q2 is a compact camera model boasting a 47.3 MP full-frame sensor and this is what makes it beautiful and unique,” said Summers. “With this resolution, it can even rival professional mirrorless and DSLR models out there. After all, it’s not every day you’ll see a compact full-frame.”

On the other hand, given its nature as a compact model, it comes with a fixed Summilux 28mm f/1.7 Asph wide-angle lens and this further improves this beauty.

“It means a great deal for those who want a discreet, compact camera system without compromising the quality of the photos. Every single shot, you can expect the color and detail rendition Leica is known for,” added Summers.

It also has all the basics and essentials of modern camera units that can attract beginners and enthusiasts such as the 3” touchscreen LCD (though still fixed), EVF, 4K/30fps and C4K/24fps video capability, and appealing burst up to 20fps. Besides its contrast-based AF system, you also have the option for the full manual focus controls which, by the way, offers a satisfying experience.  With all of this (especially the majestic high-res full-frame sensor), it is no wonder why many are still purchasing this camera despite its pricey price tag! 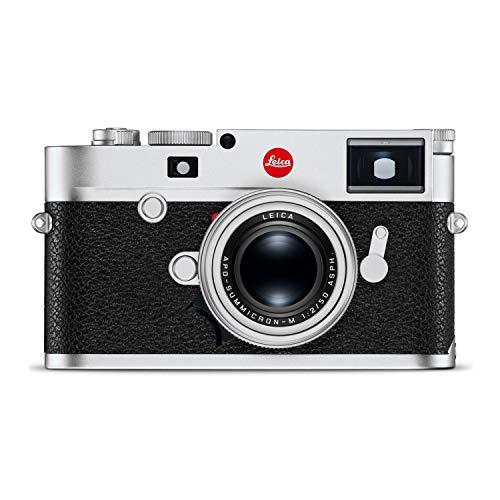 If there is the best way to explain the fusion between modern and traditional camera features, Leica M10-R is the answer. It is truly mesmerizing to see a full-frame model and M10-R delivers it at a price you would expect from a Leica unit. It can’t shoot video and it is only meant for die-hard fans of photography. But to be very specific, the market it is aiming for are those photographers who are in love with the traditional shooting of stills.

“Boasting a 40 MP full-frame sensor and a rangefinder, it will allow you to see the full view of the scene you want to immortalize in your shot,” said Summers. “Here, users will dictate the quality of the image as it only permits manual focusing, even in Live View. Hence, it really is for devoted individuals who like to put the control in their hands rather than the camera’s technology. Apparently, it can be a daunting task for beginners to master this but M10-R can deliver the finest details possible with stunning colors and contrast. With the right lens, it can create beautiful bokeh and produce that Leica-signature touch in your photos.”

On the other hand, it can offer burst shooting up to 4.5fps which is understandable, given its resolution. Its 3-inch touchscreen is very responsive and bright. And while the lack of tilting screens is a problem in other Leica models, it is not a problem here due to the absence of the video feature. After alll, the true essence of M10-R lies in its rangefinder. 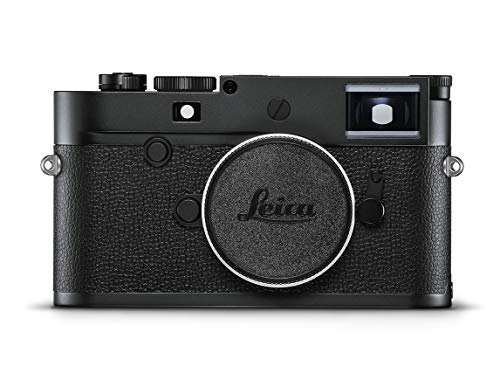 If you want to move a little more backward and experience the black-and-white photography Leica is also known for, Leica M10 Monochrom is the choice. Nonetheless, far from the Leica Typ 246 M Monochrom with a 24 MP resolution, M10 Monochrom will offer you a full-frame sensor with 40 megapixels.

“As a Leica M camera, you get the famous rangefinder of the brand and the full manual control over its focusing,” said Summers. “This gives an additional touch to the retro style of capturing your photos. But the true highlight of the M10 Monochrom is its black and white stills. Despite only offering things in plain black and white images, it can render a high level of detail and impressive dynamic range. It offers ample details in the shadows which will benefit its DNG RAW files.”

As said, Leica has a lot to offer. It boasts a variety of camera series that come in various forms. Whether you need a compact camera, a mirrorless, or a rangefinder model, it has something for you. But besides the camera series and form, it also offers units that can shoot in colored and black and white form.

It is not just about the price, but it can also be about your skills. Leica cameras with viewfinders and an autofocus system can be a good fit food anyone, but its rangefinder models employing manual settings are for specific users.

It should be clear what you want from a Leica camera. If you want video alongside the ability of the camera to capture stills, you might want to consider its mirrorless and compact models. But if you want the stills alone, Leica has models such as the M10-R and M10 that are only dedicated to shooting photos.

Before you get to this point of our review, you probably already know that Leica cameras cost like diamonds. If the cost is not an issue for you, you can pick any of the choices we presented. But if you need a more affordable option, we suggest CL which is the most affordable Leica model as of now.

Why are Leica cameras so expensive?

Leica cameras come with 5-star unbeatable quality and they are not mass-produced. There is a very limited supply of Leica cameras which affects its price.

What is the most affordable Leica camera?

The most affordable Leica camera right now is the Leica CL which is a mirrorless camera with a 24.2 MP APS-C sensor. It can shoot in 4K and has a burst of up to 10fps.

No, Leica M rangefinder cameras don’t have autofocus system due to their nature. Instead, users need to manually do the focusing using the rangefinder or the rear screen of the camera.

Best Micro Four Thirds Cameras for Beginners and Professionals This 2021