Vaudeville is a 12 Foot Kinetic-Controlled Mecha

A kinect controlled robot? That’s MASSIVE? YES PLEASE. Vaudeville is a 12 foot, 5 inch robot built by Suidobashi Heavy Industry. The human-piloted mecha style machine rings in at a hefty 5 tons and can be controlled from the cockpit or remotely via smartphone and Kinect. Yes, you may get excited.

Vaudeville has the AE “V-Sido”, the control system of the computer technology is watched by all world with interest. Not only operating by boarding the pilot’s seat, but also enabling you to control and interact Vaudeville with Kinect. Moreover, without taking a professional training such as a combat plane, people can operate it easily. Furthermore, you can control Vaudeville via the mobile 3G Internet access.

V-sido is a real-time control system and interface for humanoid to robot interaction developed by Asura Engineering. The current iteration of Vaudeville is slow and a bit clunky, but is the first prototype and really only the beginning. To see what this is destine to become, you must watch the Gaiking Movie Trailer (full screen and full volume.)

A Vaudeville of your very own can be yours via the Suidobashi website once the project is complete (price not available). I smell glorious mecha battle in the near future, and it smells wonderful. Features, images and video below. 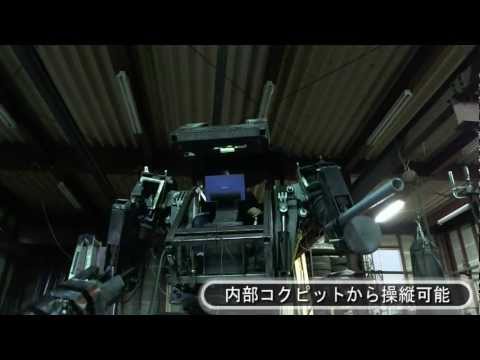 This week in Design, Tech, CAD and FAB – SolidSmack Update 1:09