Out in Calverton, NY, placed at the very end of Long Island, Graphene 3D Labs have been working on a rather novel idea. A 3D Printed Battery.

Unlike about 4/5th of innovations that have headlines like ‘3D Printed [insert common household item that could be cheaply injection molded anyways], this one has much more interesting implications in the World of Design and Engineering. Although I may or may not be breaking the house rules on the use of trendy and unproven buzzwords and techniques, Graphene IS involved as well. So today, SolidSmack Speculates!

How it works is … unclear. The Graphene 3D Lab website is extensive and not just another landing page, although everything cited under ‘Our Technology’ lauds 3D Printing and Graphene but not a lot more detail. To quote, “Being added to polymers in the form of nanoplatelets, graphene affects materials in extraordinary ways. After the addition of graphene, materials then share many of the phenomenal properties of the graphene itself. They become mechanically strong and their thermal and electrical conductivity are greatly improved.”. In other words, 3D Printing + Graphene = magic!

But there is video evidence of the device producing electricity (video below) and a substantial amount of progress in their newsfeeds. Graphene 3D Lab just signed an agreement with Taulman, the popular manufacturer of nylon and high strength PLA and ABS filaments, to develop enhanced grapheme-nylon mixes. In addition, Graphene 3D Labs managed to snag 3D Systems’ Gil Mayron, the former founder of Botmill (which was bought by 3DS in 2011). 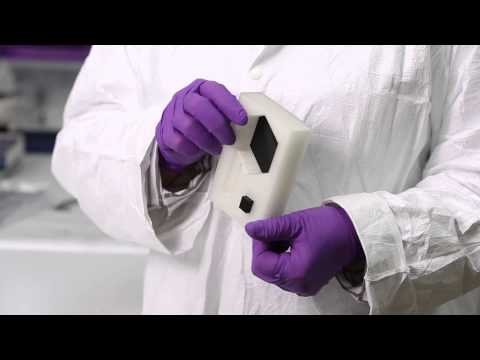 Assuming that their claim that their batteries can produce about the same power as an AA battery and have roughly the same recharge/discharge cycle as your average lithium battery, one can imagine the infinite possibilities herein. Having this material around would be a boon to the wearables market – flexible, integrated batteries? The IoT crowd is one of the largest and fastest-growing user of prototyping services, at least in regards to electronics. Battery shapes are fairly standard and are a major determinate in crafting a product. Want a battery for a case? Or a case for a battery? Why not! Of course that means that the battery is not replaceable, which means that Apple would probably integrate them into all of their products shortly. Time will tell!