Don’t get me wrong – today’s graphics cards are no slouch. While they deliver images which are almost on par with blockbuster movies, the biggest issue graphics cards have to deal with right now is light; more specifically, how it bounces, reflects, and refracts off objects similar to the real world.

Nvidia Turing isn’t the name of the mega company’s newest graphics card, but rather, the tech powering Nvidia’s soon-to-be-released GeForce RTX 2080, 2080 Ti, and 2070 graphics cards. On top of the cards’ new RTX Quadro cards (which include 48GB of GDDR6 memory, 576 Tensor cores, and 4,608 CUDA cores), Turing adds real-time lighting effects by modeling the behavior of light and how it interacts with objects. 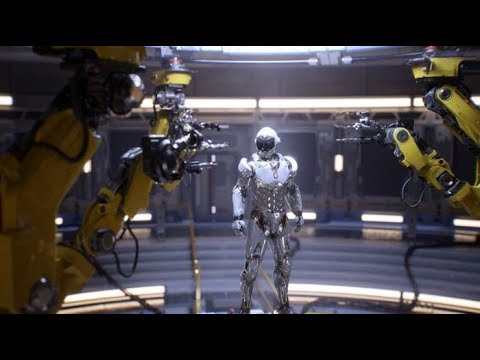 While the description I used in the last sentence seems pretty generic, here’s something that might catch your eye: the Turing uses artificial intelligence to deliver those eye-popping graphics! The GPUs using Turing run many AI algorithms to simulate light effects AND mirror images to a degree which wasn’t possible before. Add this to the updated shading effects and larger memory capacity of the GPUs, and you have a graphics card which can put out images on the highest settings while retaining a high frame rate.

What makes Turing something worth watching out for isn’t its lighting effects or shading capability. It isn’t even the high-end graphics. You’ve probably seen ray tracing technology (the tech which powers Nvidia Turing) while watching a Marvel Studios movie or two. The real selling point of Nvidia Turing is it will be the first ray tracing graphics card to be sold to both professionals and standard consumers.

Before the Nvidia RTX 2080, 2080 Ti, and 2070, ray tracing was too expensive and difficult to put into consumer hardware. So while industry professionals had access to the technology for quite some time, independent or small company users will get a kick out of being able to get their hands on it.

The Nvidia GeForce RTX 2080 and 2080 Ti are set to launch this September 20, 2018, while the GeForce 2070 is set for an unannounced future date. GeForce mobile chips featuring Nvidia Turing are also set for an end of 2018 launch, so you can be sure early 2019 laptops will be adopting the tech quickly.