While the Nintendo Switch Labo lets you create your own external peripherals, there’s no getting around the fact the vanilla Labo consists of flimsy cardboard. To this end, people have been finding other materials to better improve Nintendo’s ambitious—but in some cases, materially flawed—creation.

And what better material to use than LEGOs! Apart from being a bit on the heavy side when all is said and done, LEGOs are a perfect stand-in for cardboard—such as what industrial designer Vimal Patel did with his own Labo. 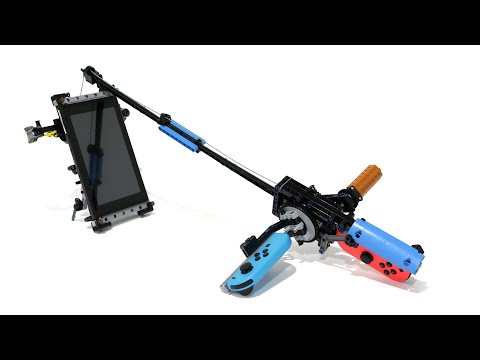 While he has made accessories such as a steering wheel controller and several stands for the Nintendo Switch prior to the Labo’s release, the Labo really let him stretch his creative muscles and let loose with some awesome LEGO peripherals.

Take for example this mini-piano set, which was created in collaboration with Flickr user Combee!. While the Labo does come with its own set of cardboard piano keys, Patel’s LEGO piano has hard keys which click when you press on them (just like a real piano). It also has the added advantage of having black and white keys, instead of the dull-looking brown ones.

Another one of his LEGO experiments is this motorcycle controller, which props two Joy Con controllers on a stand and comes complete with built-in brakes and an accelerator. When playing racing games involving two-wheeled death traps, pressing on the buttons and turning the controllers allows you to control the vehicle intuitively.

Last but not least, his final Labo creation is a LEGO take on fishing. Further improving the design of the stock Labo, Patel made a controller which has the weight and feel of an actual fishing rod. Combined with an accessory for the Switch, the rod lets you “reel in” virtual fish which appear on the console’s screen.

This doesn’t mean to say Patel has given up his obsession with stands. While not as flashy as his other creations, he has made another stand which allows you to play with the Nintendo Switch in portrait mode. Two handles allow you to use it on the go, while the stand itself can be propped up when you want to relax and enjoy a virtual game of fishing.

Find more detailed pictures of Vimal Patel’s Nintendo Switch experiments as well as his other projects over on his webpage.

The Best SolidSmack Stories of the Week — September 28th, 2018