With more houses becoming almost sentient with their built-in A.I.s and voice-activated functions, it can feel a tad creepy coming back home to find some invisible guardian controlling your personal living space.

That said, mui is attempting to bring some of that analog connectivity back into the digital home. It isn’t a hovering know-it-all like Amazon’s Alexa, but rather a wall-mounted, inconspicuous plank of wood which looks about as interactive as a wallboard. But give the mui the slightest touch, and it turns into a smart control hub that connects you to your household appliances, the internet, and mobile devices. 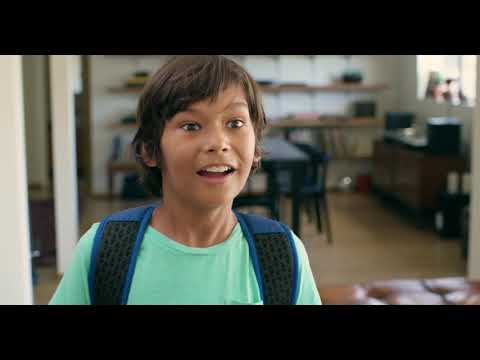 The big difference here is the focus on touch element. While you can interact with the mui via voice commands through its built-in Google Assistant interface, you can’t actually see what the mui is showing until you go through the effort of walking over and standing in front of it.

Activating this hidden piece of tech takes but a finger swipe across the surface. Once the on-wood prompts present themselves, you can send and receive text messages, check news and weather updates, or control your lights, thermostats, and appliances. After you’re done using the mui, it goes back to its unassuming wooden form by fading away from the digital prompts until you have the use for it again.

The initial plan was to have the mui become completely invisible. By hiding the interface in the walls of your office or home, there would be no need to hang a plank of wood in such a weird place. But due to design difficulties (and probably because the designers were never able to find the wall prompts once they disappeared), various types of wooden planks were used instead. By integrating electronics into the wood, the mui can be as interactive or as inconspicuous as it needs to be.

The mui can be programmed using a mobile app that connects to the popular automation platform IFTTT, allowing everything in your home to be connected on a single system. On top of this, the device can also connect to your run-of-the-mill Google Home and Amazon Echo via API and the cloud, just in case you were starting to miss ol’ Alexa’s voice.

For aspiring creators who want to work on the mui, the design team is providing a HAT for Raspberry Pi and an SDK for Andriod. This allows you to make custom programs for the mui and any of its interconnected devices.

The mui is currently live on Kickstarter and has funding of $96,287, roughly $4,000 shy of its $100,000 goal. If you think standing up to change the thermostat will help you lose weight (or if you love the idea of having a snazzy, interactive wall piece in your home) then you can find more details on the mui on its Kickstarter page.