LiquidPiston's 4-lb Rotary Engine Shows What it Can Do

LiquidPiston has invented a new rotary type engine that is piston-less, valve-less, and weighs only four pounds. They published a proof of concept video for the XMv3 engine, shown powering a small go-kart, that builds evidence that the High Efficiency Hybrid Cycle (HEHC) engine could be the compact, energy-efficient engine of the future.

LiquidPiston is a startup founded by father/son duo Nikolay and Alec Shkolnik. Nikolay is an accomplished Soviet-trained mechanical engineer who received his Ph.D. in Physics (general relativity), while Alec earned his Ph.D. in Computer Science, with a focus on AI and modeling. LiquidPiston is known for its internal combustion piston engine, and even more for the compact, iPhone size, 70cc, 4-stroke rotary engine debuted in 2014, which weighed in at four pounds and produced 3.5 horsepower at 10,000 rpm.

The compact engine is more than eight years in the making, and although it originally incorporating pistons and liquid, it now has neither. By turning the classic Wankel rotary engine design inside out, and keeping a peanut-shaped rotor inside of a triangle-shaped frame, the engine keeps gas from leaking into other chambers.

Engines can guzzle oil due to the difficulty and requirement of getting oil into the combustion chamber efficiently. LiquidPiston’s design circumvents this problem through a simple design that incorporates a rotor, shaft, and fuel injector. The design is said to be more efficient that a Prius hybrid electric engine and potentially scaleable to capture over 1000HP–who knows what kind of inspiration that could spark. Here’s how it works: 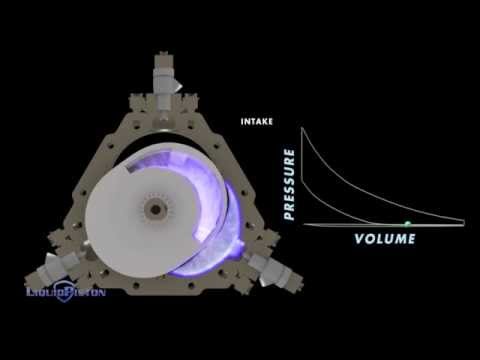 In its first live trial, the team demonstrated the engine’s power by replacing a 40lb go-kart engine with the LPI X1 4lb prototype. The tiny engine runs 3 to 5 horsepower at 10,000 rpm and at a fraction of the size, successfully powering the kart. Still, LiquidPiston’s vision for the engine is not the automobile market – a strategy that could revolutionize many other sectors that require compact, low-vibration, high-efficiency motors. 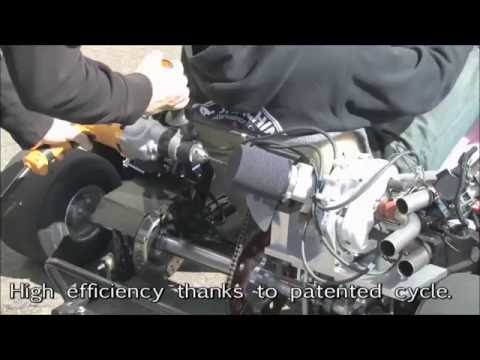 The Shkolniks envision the compact engine fueling smaller devices that need a lot of power, but do not have the dispensable energy to support a traditional engine; and other organizations are jumping on board. LiquidPiston just won a funding award from the U.S. Defense Advanced Military Research Projects Agency (DARPA) to continue its research. If the technology is used in small robots or drones, it could mean the development of powerful, long-running machines to assist with United Nations Peacekeeping missions, U.S. military efforts, rescue missions and more.

LiquidPiston currently has limited quantities of development kits available. Though it runs $30,000, we wouldn’t be surprised to see a new generation of saws, grass cutters, small vehicles and more powered by the engine in the very near future.

SolidSmack Radio | The Tolerance and the Edge