You may be familiar with the new crowd-funding product design craze. It’s ridiculous. The number of projects achieving funding is amazing. We’ve featured some on here and know of others who are preparing to launch their ideas into the crowd cashing cosmos.

Recently, two interesting projects popped up which show how a small team is innovating in a very competitive, highly saturated market. Not a large production company, mind you, a small team. My hope is that putting up projects like this will inspire you or pop some ideas into that noggin as you pursue imaginative thoughts of having your own design funded by complete strangers.

The first project. A Stylus. If you recall, last week Wacom revealed their own no frills stylus at a cost of $30. This project one-ups theirs by the simple integration of a magnet. It also looks better and cost less. It’s called the Maglus Stylus. Andy Shaw, a Product Designer from Ireland-based Apply the Idea came up with the design. 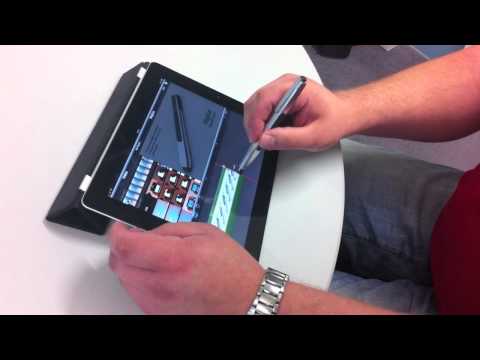 Their goal is challenging. Fund the project by raising €15,000 in the next 30 days. As of today they’re at €2,583.00. This goal is only to cover tooling and manufacturing of the 5 parts they’ve had to source separately. The first 2000 that donate €15 or more will receive one of the first Maglus which includes shipping worldwide. You can fund the project and watch how the project is moving along on their blog.

Most functional iPad case EVER? I’d have to agree. The functionality comes in the form of straps that allow to slap your iPad on just about anything. I’ve often tried similar methods of attaching one to an object. Duct tape is not easily removed from the smooth, glassy surface of an iPad. Saad Alam, a New York City-based entrepreneur,

Can You Design a Better Airport Chair? SolidWorks Green Design Contest is Go.