Guitar players have all been there before: you’re laying-down some great riffs for a new song and then BAM!, the phone rings.

After talking up a storm about the song you just wrote, you go back to play it again and your mind is blank and you can’t remember how to play it in that same “perfect way.” It’s like the universe is conspiring against you, however thanks to Gibson the days of forgetting melodies are about to become a thing of the past.

The legendary guitar company has recently launched their new Memory Cable smart instrument jack – a digital recorder coupled with a ¼-inch guitar cable. The cable allows users to record what their playing, without having to remember what they just played.

The cable looks like any other 16-foot long instrument connector used for guitars, bass, keyboards and drum machines, however located at one end is a compact solid-state digital recorder. Designed by engineers from Tascam (known for their cheap multi-track recorders), the recorder features CD-quality (44.1 kHz/16-bit) analog-to-digital conversion of the tunes played, with a MicroSD storage capacity of 13 hours. It can be set to either automatic, which starts recording as soon as a note is played or continuous (no explanation needed) for those who are afraid they’ll miss their best take.

Users can transfer their creations over to their PCs for manipulation with multi-track recording programs or the data can be used directly from PA mixers for studio quality playback. The recorder does grab power from standard/rechargeable AA battery, however you can still play your instruments even if the battery dies, albeit without the ability to record your music.

From an engineer’s point of view… batteries? The device is plugged into a power source already. How is tapping off of that existing source not an option? 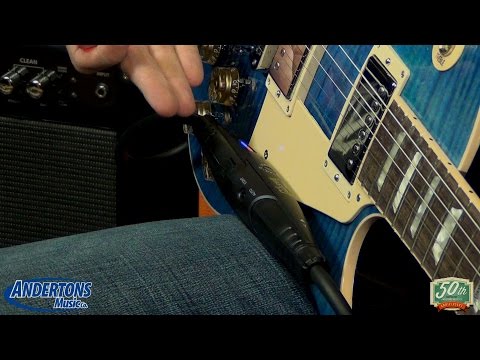 Since it doesn’t auto-record when you play, I would call it a good effort, a great first step. However, when looking at other options on the market there is room for improvement. There are existing digital recorders that operate with the same audio levels, can record 24 hours and auto-start with sound.

For those interested, Gibson’s Memory Cable is available for $99 at most music stores…which, let’s be honest here: is a small price to pay for forgetfulness.