Even though Google’s Pixel 2 release is a wee 364 days from its predecessor (it’s rumored to hit shelves this October 19), the company has done its best to include as many add-ons as it can with its new phone. Of all the new upgrades and features, the instant language translation has caught our imaginations the most. It’s bound to take a meat cleaver to the problem of language barriers, but we’re most curious about the implications it has for design and engineering.

The language translation is made possible by the Pixel 2 earbud accessory, the Google Pixel Buds. As demonstrated at the company’s Pixel 2 event in San Francisco, these look just like any little earbud you stick into your ear, except it’s not. Here’s the demo of the new translation feature (skip to the 0:46 mark to get straight to the point). 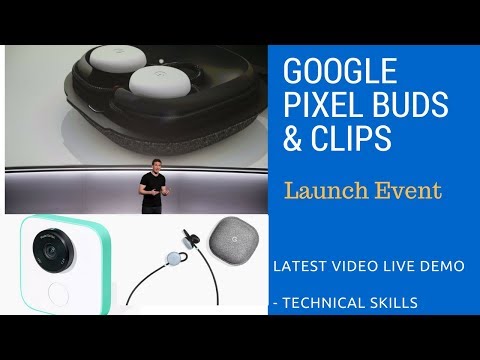 If you speak a certain language (let’s say Chinese) into your Google Pixel Buds, Google Translate kicks in and plays the words to the other party in their own language. And that person will have their words translated back to your language, all without pause.

Just… take that all in for a moment.

The language barrier between people, cultures, business just got smashed. The Google Pixel Buds can translate a total of 40 languages, ranging from Afrikaans all the way to Swedish. This beats out other applications like Skype (which translates only four languages via audio and 50 languages on IM) and the Indiegogo project, Pilot (which only translates 15 languages).

While geeks worldwide might be salivating at the thought of a world translator (as they should), the possibilities these have for business are even more intriguing. If you work with global teams, language can be a barrier to building relationships, fostering communication and, most of all, efficiency. How many times has collaborating become a challenge with a manufacturer, even a colleague in another country, who didn’t speak your language?

It’s easy to see these could aid communication, but what I find most intriguing about these is the opportunity these could open up for more people to work together. Starting from learning to sourcing services or suppliers. It widens the pool of available opportunities and resources exponentially.

Think of a training only available in one language that can now be provided in multiple languages simultaneously. Think of an inventor sourcing suppliers in, not one, but multiple countries. Think of the business sending or sourcing designers and engineers abroad, communicating with their team at home, in their native languages in real-time.

It goes on from there, potentially affecting the capabilities a business is able to explore, the increase of competition and lowering of prices, and among all of this the ability to share ideas.

While the Pixel Buds have yet to prove themselves, there’s certainly something to be said for the impact this could have on product development and the businesses and people involved.

The earbuds will be available on the Google Store for $159 (with charging case) and provide up to 24 hours of listening time. They work on any smartphone running Android 6.0 Marshmallow OS or higher, so you won’t necessarily need to buy the Pixel 2 to use these dime-size translators.

What do you think these will bring to business? To product development?

Get Started as a Biodesigner with the GROW Mushroom Lamp Kit