You may just write it off as another animated film, but most people consider The Lego Movie as a big leap for LEGO animated features. That’s because prior to Chris Pratt taking center stage as Emmet Brickowski, LEGO features were quite unrealistic and focused more on the CGI rather than the strengths of LEGO.

Animal Logic was what happened. Instead of using CGI to make LEGO figures look and act more like living beings, this Australia-based digital studio took inspiration from fan-made LEGO stop motion films to make The Lego Movie. The result gave us the first-ever LEGO feature film to blur the lines between stop motion and CGI. 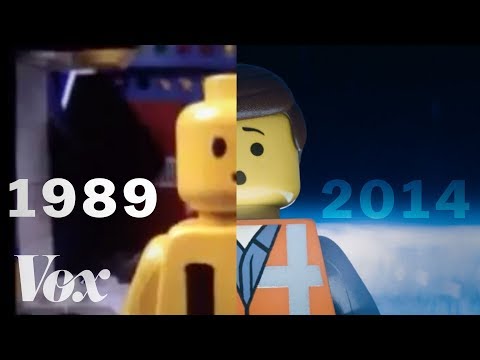 According to a video by Vox, directors Phil Lord and Christopher Miller wanted audiences to be confused as to whether The Lego Movie was made using CGI or stop motion. Turned out, the entirety of the movie was done in CGI; with a small portion being shot with real cameras (no spoilers, please). What even makes the filming method tricky to discern is the fact that Animal Logic emphasized the movements of real-life LEGOs.

LEGO bricks and minifigs are mostly static objects with little to no points of articulation. They don’t bend, contort, or flex. So it comes off weird and unrealistic when you watch any of those official LEGO features before 2014’s The Lego Movie and see LEGO figures move like they’re made of rubber and not plastic.

In contrast, you could take any frame from The Lego Movie (or any LEGO flick that came afterward) and practically recreate it in real life. Even the fire, smoke, and water effects. All of them were made using real-life LEGO pieces as references.

And then there are the stars of the show: the minifigs. The amount of detail put into these guys and girls must be something. From their individual expressions to their static appendages, these computer-animated characters look almost lifelike.

With 15,080,330 “bricks” and 182 uniquely animated minifigs in the film, Animal Logic needed all the help it could find to make The Lego Movie.

As mentioned before, they used stop motion films like Lars and Henrik Hassing’s En Rejse til Månen (Journey To The Moon) and Lindsay Fleay’s The Magic Portal as references to get the realistic LEGO feel right.

When you realize the two films came out decades before CGI was even a thing (En Rejse til Månen came out in 1973 while The Magic Portal was released in 1985), you will see the impact LEGO and stop motion have on each other.

Another nifty tool Animal Logic put to good use is the totally free LEGO Digital Designer. This gave the studio full access to LEGO’s vast library of bricks and tools, which they then used to create mock-ups of the various scenes and objects for the film. Once a general layout was completed, they brought the scenes over to Maya, where each object was modeled and detailed to give it that distinct LEGO look.

You should definitely give the entire video a watch, even if you only have a passing interest in LEGO. At the very least, it’ll make you want to watch The Lego Movie all over again (or for the very first time).

Best Mirrorless Cameras Under $1000 for Beginners and Enthusiasts