Where to Meet Other HW Nerds in Seattle-Tacoma

As I travel around the country, one of my most challenging tasks as an engineering service provider is figuring out where to connect with other physical product development pros. Where do the HW nerds come out to play? This month, I was in the Seattle-Tacoma area. Here I’ll cover the networking gems I discovered there.

I should start by saying I horribly failed at this earlier in the year. In May, I visited Seattle to meet a specific engineer I already knew. Besides her, I couldn’t turn up a thing. All my online searches dead-ended in events for software nerds. The terms that usually bring me some luck, like “hardware,” “IoT,” “robots,” “makerspace,” and “prototyping” got me nowhere. Searching for “tech” usually refers to software, so I didn’t even bother. After a few days of scouring the interwebs, I gave up. I incorrectly concluded there is exclusively SW dev going on in Seattle.

Then, this month, I checked out the MeetUp groups another Seattleite mechanical engineer friend was a member of. This time I found gold. Turns out I should have given the search term, “tech” a shot . . . or better yet, “new tech”.

New Tech Northwest puts on a bunch of events for both HW and SW nerds to meet. They hold separate “New Tech” MeetUps for Seattle, Tacoma, and Eastside, and they can get pretty huge! Depending on the venue, there could be 40 to 1,000 people at one of these events.

I was lucky enough to attend the New Tech Seattle and New Tech Tacoma events for July. These go on every month. One of the many presenters at each of these MeetUps turned out to be a hardware inventor, so I had double the luck! Those were: Anthony Mattana of Hooke Audio at New Tech Seattle and Matt Tolentino of Namatad at New Tech Tacoma the following day. There’s more on those guys, below.

Besides the fascinating presentations, there was a surprising amount of energy and eagerness to connect among attendees. There was even time set aside for organizer-led high fives with strangers. Both events ended up being well worth the effort. That’s not something I can say of every tech event I’ve been to around the country!

Here are some questions about these awesome events I peppered Brett Greene with, Founder of New Tech Northwest.

ERIN: “How long have the New Tech events been going on?”

BRETT GREENE: “We started in February 2013 as Seattle Tech Meetup and transitioned to New Tech Northwest when we added New Tech Eastside in November 2014.”

ERIN: “Why were they started?”

BRETT: “See our Story page for some context. Our initial purpose was to be the umbrella/hub/gateway for the Seattle and PNW tech community bringing together the silos of organizations and companies in our community. We create events and experiences for anyone in the community to come meet new friends, find jobs, and discover the latest tech innovations being created in our region. This all happens in a neighborhood block party environment where everyone is welcome and contributing to building our tech ecosystem together.”

ERIN: “At both the Seattle and Tacoma New Tech events I attended, you led the audience in a couple minutes’ worth of introducing each other to strangers. This really amped up the energy of the room and of course, fostered more connections! At what point did this become a standard part of your events? Were there other less successful methods you tried previously to encourage interactions?”

BRETT: “We’ve had a community connection section in our shows from the very first event. We added the high fives after learning about that from New Jersey Tech Meetup when we were invited to speak at the White House in 2015 at the first ever Tech Meetup at The White House.“

ERIN: “I noticed some other New Tech Northwest events coming up — a job fair and a workshop on equity compensation. Are there still other events not advertised that you’re considering putting on?”

BRETT: “All of our upcoming events are listed here.”

Now let me share what I learned in those presentations on new HW inventions since I’m guessing you might not have been there. (If you were, shout out in the comments below!)

Meet Anthony Mattana, the man who wants to stick a microphone inside your skull. Well, your ear. He wants to jam a mic inside your ear.

I must have forgotten this from my college acoustics class, but Anthony taught me the outer parts of our ears and our head all form part of how we hear. The way our skull blocks certain sound frequencies coming from certain directions is connected to how we process sound in our brains. That’s how we know if a sound is coming from behind/right/left/above. The fact that we humans have two sound recorders (ears) is part of the magic, but only part.

So now, if you look at the typical mic on your phone, or camera, or laptop or audio headset, one thing becomes glaringly obvious: these mics are not inside your skull. When you record sound with these other devices, the audio will lack those changes in frequency your earlobes and cranium give you. Plus, there’s only one mic. The sound will be lacking an entire dimension of data!

That’s why Mattana’s invention: the Hooke Verse belongs to a category of equipment labeled “binaural 3D audio”. It has microphones that go inside your ear, making your noggin part of your audio equipment.

At the New Tech Seattle MeetUp, a couple audio-visual pros — who didn’t even know each other — interrupted Mattana’s presentation because they were so excited about his product and they wanted to tell everyone. It got a little crazy.

At the end of the MeetUp, I got to experience these things myself. Anthony made a demo recording while I was wearing the headphones, walking around my head snapping his fingers so I could sense the different locations. When he played it back, my reaction went a bit like, “WOAH . . . WHAT? . . . Holy *expletive deleted*, That’s *expletive deleted*!  *Expletive deleted*.” Repeat verse.

It was truly amazing. It was like my ears had been watching the equivalent of black and white t.v. their whole lives and then Anthony showed up with an aural, full-color hologram. Mind. Blown. The extra dimension of sound has the power to pull you into the recording, just like you’re there in real time.

You can experience it, too! 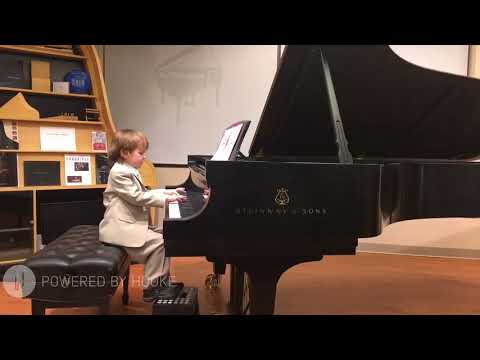 Hooke Audio, the maker of Hooke Verse, even built its own friggin’ codec so it can be used over Bluetooth. You can use it with Android and iOS with apps available for each. It can also be connected via cable, if you wanted to use it with a GoPro or other devices.

If you’d like a pair, Hooke Audio is hooking SolidSmack readers up with a sweet deal for a limited time. To redeem, go directly to: http://www.hookeaudio.com and order using the discount code “NW3DA” (without quotes) for 20% off Hooke Verse. Hurry, it expires Sunday, July 29th, 2018!

We’ll be doing a more in-depth article soon on the state of 3D audio in tech today, and covering more about Hooke Audio. This company had an absolutely harrowing tale of HW startup tribulations and once you hear their backstory, the product becomes even more amazing. Stay tuned for that!

The New Tech Tacoma MeetUp the next day also had a smattering of “our people”, aka HW geeks. This time, I got to hear from Matt Tolentino, PhD. He teaches EE, CE and CS at the University of Washington and also founded Namatad, which is building a device to help make firefighters safer.

I want to share this slide I stole (with permission) from Dr. Tolentino’s presentation because it’s a vivid reminder of how friggin’ scary and dangerous building fires can be.

Tolentino told us nearly 100 firefighters die every year and >25,000 are injured annually. In these literal hot messes of smoke, flames, ash and crumbling walls, rescuers can easily become disoriented and injured. Firefighters get lost inside. If that happens, trying to find and rescue that firefighter can become an arduous task. Sadly, it happens enough that during large blazes, a separate crew will remain outside the building just in case firefighters do get lost.

So you’d think with all the wondrous technology we have there’d be a clever solution for this already, right?

Well, as Dr. Tolentino pointed out, a lot of the limelight in tech goes to those flashy things that make our lives easier or bring us entertainment. The largest tech corporations are not looking to help keep 100 firefighters alive every year — they’re looking to unburden hundreds of millions of consumers of their disposable income.

When he heard about the “lost firefighter” problem from Tacoma’s Fire Chief, Jim Duggan, Matt figured there had to be a basically straightforward solution to this problem. Originally, he met with the Fire Chief to see if Matt’s already-developed data processing tech could be of use in emergencies. That tech was able to accurately give a live occupancy count based on data from HVAC sensors, of all things. While he learned that tech wouldn’t work in this case — most buildings in Tacoma don’t have those fancy, new HVAC sensors yet — he still figured he had what it took to work it all out. After all, he worked at Intel Corporation for over 15 years, successfully constructing a variety of complex systems. This would be like that! Or something.

Dr. Tolentino likes to expound on how incredibly naive that idea was. To his credit, though, he did find a solution!

When he began digging, he found he wasn’t the first in academia to tackle the lost firefighter problem. For one long-ago project, nearly 10 years was spent developing an answer. In the end, that team had something that kind-of worked but it was too cumbersome to strap on a firefighter with in real life. There were many more failures Matt Tolentino uncovered . . .

In his own team’s attempts, they met with failure after failure. The problem proved to be much more difficult to solve than originally suspected because there were so many moving pieces involved. Their entire first year was met with failure! Then last summer, they made a breakthrough and found a combination that led to extremely high accuracy no matter the environmental conditions.

All the firefighter has to remember in the end is a single “on” button that powers on a heads-up display (HUD) for their helmets. They push the button, and the display shows them the path out while a super-powered Alexa becomes their interface, leaving their hands free.

There’s not much you can find on Namatad’s website right now, but hopefully, there will be soon!

What about your gems? What are your best search terms for finding networking opportunities in the HW space? Do you know of other great events for HW people in the Seattle-Tacoma region? What about San Diego, California? That’s where I am now and again, I’ve got nothin’ . . . I’ve seen only Comic-Con madness. Is that as close as it gets here? Halp.

Please share all the things below in the comments, if you’d be so kind!

Automate Your Home While Learning Raspberry Pi for Just $34

Is TDS Internet Worth the Hype?