Ever since he exploded onto the additive manufacturing scene in October of 2011 – thanks in no small part to the success of his Crania Anatomica Filigre Kickstarter campaign – 3D designer Joshua Harker has been keeping himself busy with projects that explore the outer limits of 3D modeling and additive manufacturing.

As a young kid, Harker’s life included “post 60’s off-grid communal living, Hell’s Angels babysitters, complete artistic immersion, and family tragedy” – all of which helped shape his ability to learn how to “make the unmakeable, makeable“. Since, Harker has done everything from designing toys and products to special effects and sculptures. After leading a design and development firm that serviced international clients throughout the 90s and into the new millennium, Harker left his post to return to art full-time in 2008.

Since then, his visionary pieces have been added to the collections of fine art collectors and he has continued to push the boundary of where 3D technologies converge with abstract art – an intersection that he ultimately helped create at the dawn of the “New Industrial Revolution”.

More recently, Harker took a brief break from what will perhaps be his most ambitious project yet (psst: there’s a Kickstarter campaign in the works) to lend a hand towards the efforts of Artists Lend Support, a fine art collective that donates proceeds benefiting ALS TDI, a nonprofit biotechnology organization that develops effective treatments for ALS.

Working in collaboration with Artists Lend Support founder and multi-media artist Brian Fender – who himself has been diagnosed with ALS – Harker helped develop a piece that was inspired by Fender’s own experiences with ALS.

“For Brian, it took a terminal illness to fully appreciate the multitude of blessings that come with just being alive. His rediscovered love for the basic beauty of life, leading him to reconnect with artists. Through this trans-formative process, Brian created the non-profit Artists Lend Support (ALS).”

On Tuesday, April 8th, 2015, Harker and Fender were in attendance at an Artist Lend Support gallery show at the New York Design Center in Midtown Manhattan. There, Harker gave demonstrations of his process of scanning Fender’s face using a FUEL3D 3D scanner before assisting Fender in developing the final piece:

We had the chance to catch up with Harker to find out more about what he’s been up to, what tools he uses (hint: he’s excited about Onshape) and how he got involved with Artists Lend Support. 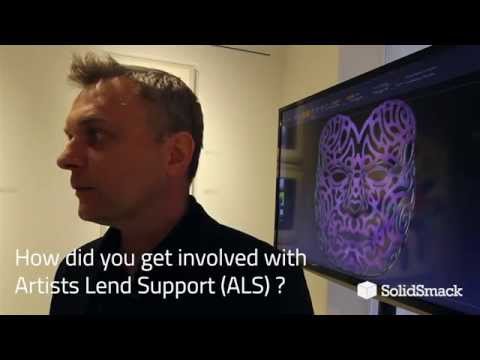 Additionally, we caught up with FUEL3D’s Director of Business Development Stephen Crossland to find out more about the scanner that Harker used to create the final piece. 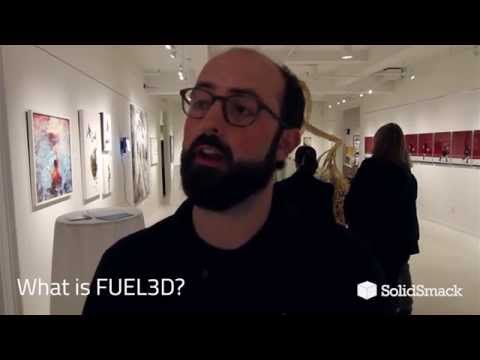 You can find out more about Brian Fender and his efforts to raise money for ALS research through art and technology by heading over to Artists Lend Support (the gallery show will continue through May 4th at the New York Design Center).

To stay updated on Joshua Harker’s next projects and whereabouts, head over to his blog.