The canopy was a sandwich of eyes and dew-drenched leaves. We had all but to shift our gaze to see blinks that would start a rainfall. We inched closer to the clearing, their movements becoming more intense with each of our steps and their eyes starting to glow like the edges of these links.

Alice Bruderer – Industrial designer with a crush on creatures creating amazing mash-ups of mechs, ships, racecars, and aircraft with beast. More on her site at mechanized-monsters.com.

Moving Backwards – There’s this dolly out method in film that backs you away from the scene. This is a montage of how it has been used over the years.

Cowboys, Tractors and Robots – James Gurney takes you through the process of on location gouche painting a tractor… as a robot, with insight from the cowboy who owns it.

108 – The image and the story behind the image of the eclipse photo that has been called “History’s most amazing photo.”

Milky Way Zoom – While we’re on the topic of the heavens, see a 4K dive into the middle of our hometown galaxy and what’s going on with the orbiting stars. Just amazing.

Roller Chain – What medium do you use in your artwork? Bicycle chains. Sometimes steel chains. The mesmerizing sculptures of Young Deok Seo. On Instagram here.

Nvillustration – And while you’re on Instagram, check out the tiny papercut art of Nayan and Vaishali. They’re tiny, like finger size tiny and quite intricate, sculpts of birds and an occasional bug.

Seagate 14TB Hard Drive – It just hit the shelves this week and is making jaws drop as the largest storage option available. Sure there are 10TB and 12TB options, but that’s… just too low.

Light It Up – Hardwell and Suyano featuring Richie Loop at Weekend Festival. Just in one of the moods. 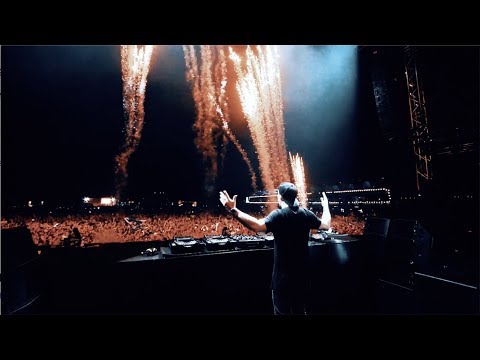